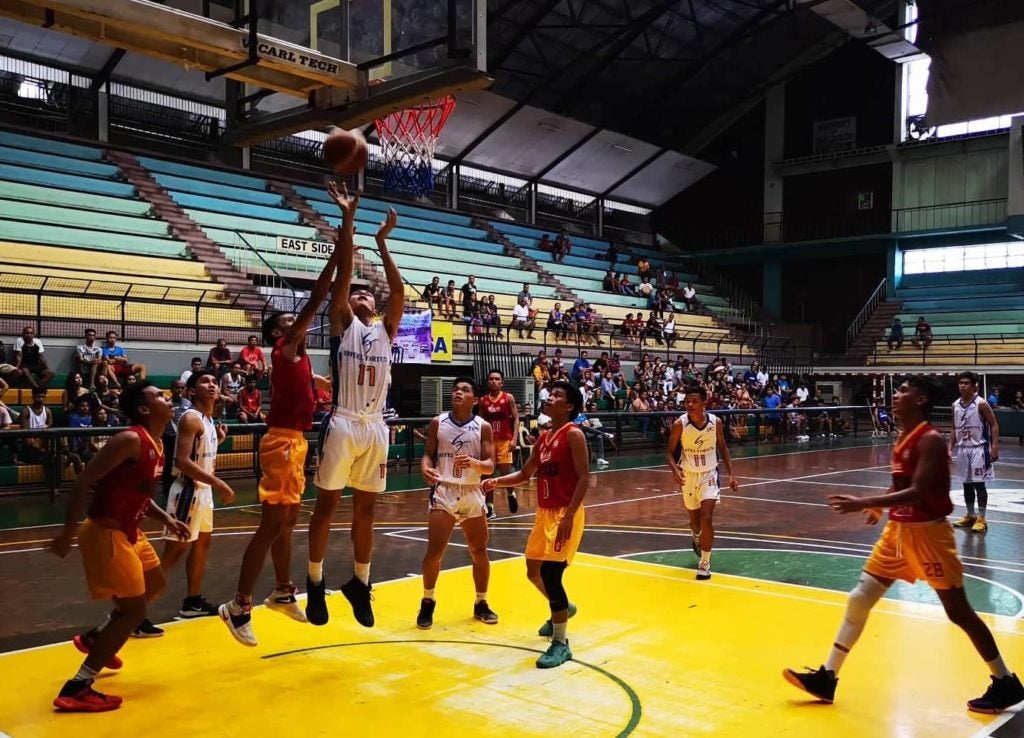 The Hotel Fortuna-UC Baby Webmasters defeated the OCCCI-CIT-U to grab its first win in the Cesafi Partner’s Cup 2019 in this June 9, 2019 file photo. / CDND File Photo

CEBU CITY, Philippines – The Hotel Fortuna-University of Cebu Baby Webmasters scored its second win in a row after outlasting the Cebu Elite-University of San Carlos Baby Warriors, 78-67, in the high school division of the 2019 Cesafi Partner’s Cup on Saturday, June 15, 2019, at the USC gym.

The Baby Webmasters are seeking to defend their Cesafi championship with a team filled with rookies.

So far however, the squad of head coach Joever Samonte has delivered, largely on the efforts of Mac-Z Micutuan who scored 15 points and Kenyon Pondoc who added 12 markers.

Meanwhile in the other high school match, the OCCCI-Cebu Institute of Technology-University Wildkittens pulled off a hard-earned 76-70 win over the Tough Gear-Southwestern University-Phinma Baby Cobras.

Sol Jade Tirol continued his fine play in this tournament, putting up 20 points to lead CIT-U to its first win. Darryl Versales was also a big reason for the victory as he added 18 markers.

Charles Libatog paced the Baby Cobras with 20 while Dezeo Villanueva chipped in 16. /dcb