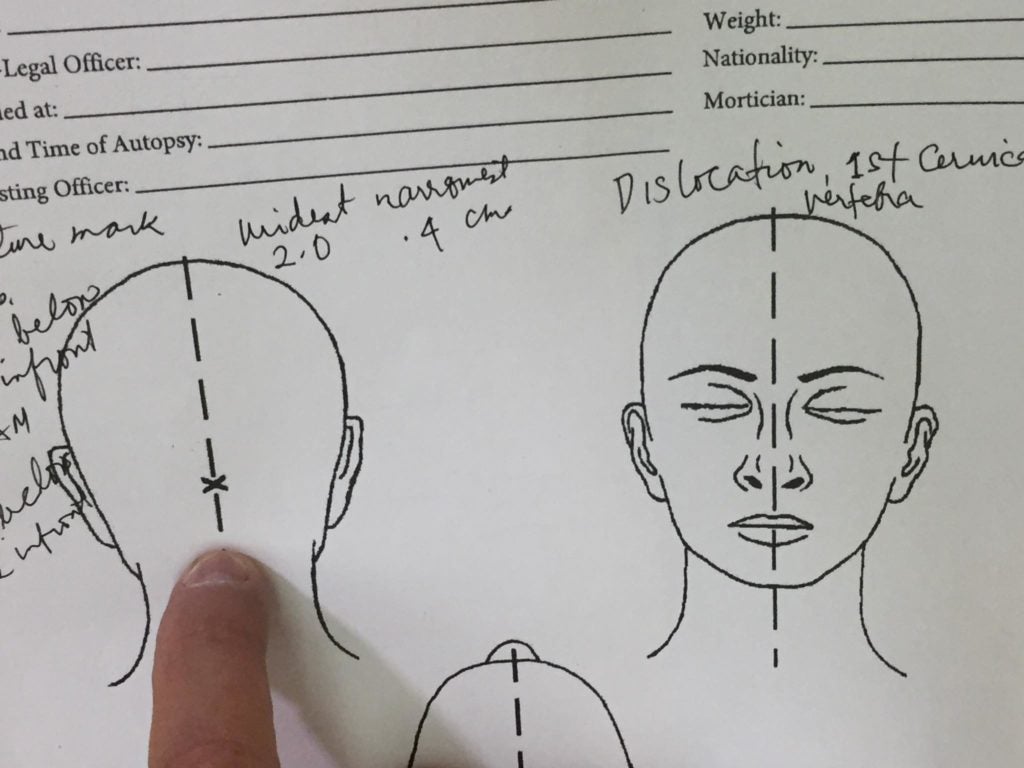 Autopsy notes of the National Bureau of Investigation in Central Visayas (NBI-7) on the 9-year-old by who died in Badian. | Delta Dyrecka Letigio

CEBU CITY, Philippines—The Police Regional Office in Central Visayas (PRO-7) is asking the Badian police to explain why it did not recommend and offer a free autopsy on the 9-year-old boy found dead in his grandmother’s house.

The boy was found unconscious with a makeshift hammock’s rope tied around his neck in his grandmother’s house in a barangay in Badian town in southern Cebu on Friday, June 14, 2019. This led police to believe it was a case of suicide.

The boy’s father, Neri Boy Agravante, doubted the results of the police’s initial investigation of suicide and asked for an autopsy but the Badian police referred him to the funeral homes, who asked P8,000 for the procedure.

Agravante sought the help of outgoing Cebu Provincial Vice Governor Agnes Magapale for the money needed, to which Magpale agreed to shoulder.

He also went to the National Bureau of Investigation in Central Visayas (NBI-7) to seek the agency’s help, and the NBI-7 offered a free autopsy, the results of which confirmed that the boy was indeed killed.

Police Brigadier General Debold Sinas, director of the PRO-7, said that he cannot immediately say that the Badian police erred in their initial investigation but he will ask them to explain on why they did not offer an autopsy.

“When there is a dead body, it is always considered a homicide. It should be subjected for an autopsy to check for foul play and autopsy if free,” said Sinas.

He said that even if the initial investigation ruled suicide, the police chief could have provided assistance to the family who questioned the results of the findings.

In the NBI-7 autopsy, it was revealed that the child had neck abrasions and a dislocated spine which indicated that there was an external force that tightened the rope around the boy’s neck and twisted his head.

Sinas already ordered deeper investigation on the boy’s death with the family claiming that the boy’s uncle may be a suspect.

He said that they will be coordinating with the NBI-7 for the investigation as the NBI-7 already took over the case.

Sinas reminded the police chiefs that in the case of dead bodies and suspected suicides, an autopsy would clear the shreds of doubt that it was homicide.

He also made it clear that autopsy is free in the police’s crime laboratory. /bmjo