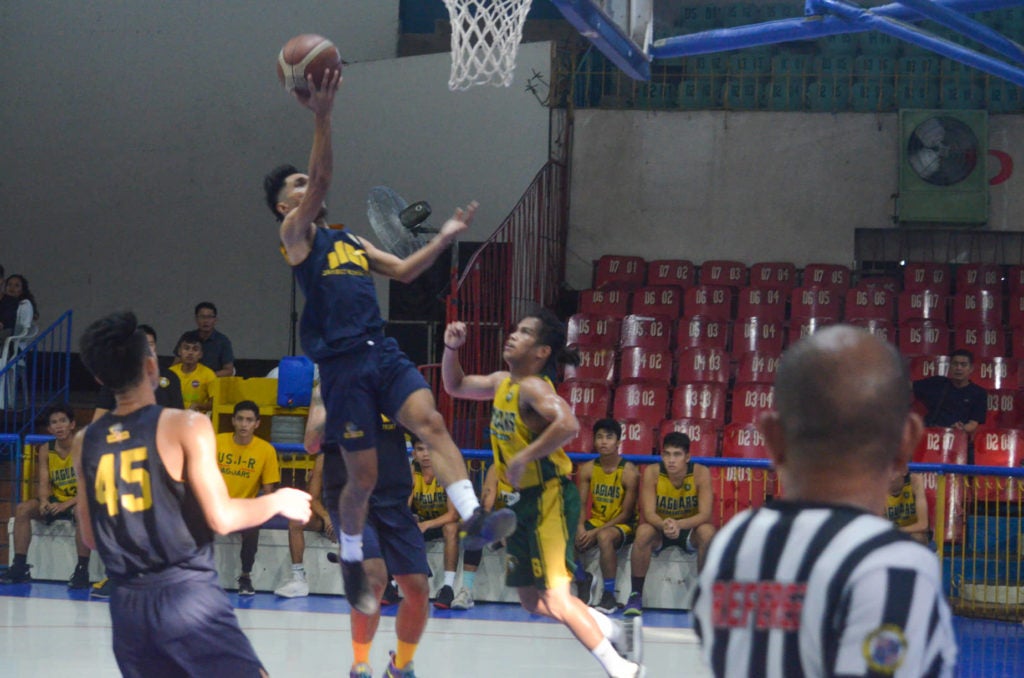 CEBU CITY, Philippines — The University of Southern Philippines Foundation Panthers snatched its first win after beating the University of San Jose-Recoletos Jaguars in a hard-fought 95-92 game in the 2019 Cesafi Partner’s Cup on Saturday, June 22, at the Cebu Coliseum.

Athletic forward RR Cauba made his return to the Panthers lineup and delivered right away, hitting a tough layup that put USPF in front with 33.6 seconds remaining. Cauba scored 19 points to help the Panthers improve to 2-1 (win-loss).

EJ Villarta also had 19 markers, in spite getting his front tooth knocked out in the first half. Ajie Mendez added 10 points.

It was a see-saw battle as the Jaguars climbed from a six-point deficit in the fourth and surged ahead, 91-90, after free-throws by Miguel Gastador and Arnold Azangue with 50.1 ticks remaining.

However, Cauba — who had yet to play for USPF in this tournament — found an opening in USJ-R’s defense and took advantage, scoring on a tough layup to place the Panthers in front, 92-91.

USJ-R had a shot to pull ahead after Renz Solomon was fouled on the inbound play. However, the diminutive guard just made the back-end of two free-throws to tie the game up at 92-all.

But the Panthers had the final say as Neon Chavez drove down the middle of the lane and drew a foul with 18 ticks remaining. He calmly made two free-throws to put USPF in the driver’s seat.

The Jaguars had several shots at the basket but Azangue and Elmer Echavez missed shots in the shaded lane. The Panthers grabbed the rebound and Karl Langahin sealed the win with a free-throw with 4.2 seconds remaining.

Gastador led USJ-R with 25 points while Azangue ended up with 17. The Jaguars dropped to 1-3./dbs