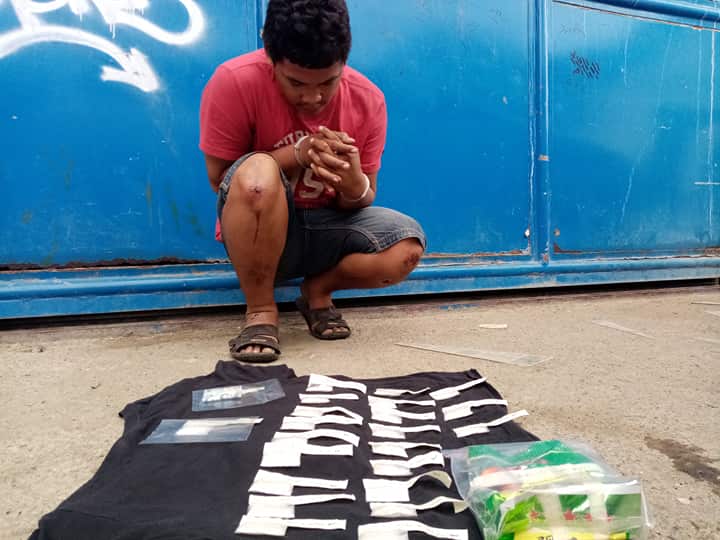 Oliamot was arrested for possession of 110 grams of shabu. /CDN Digital Photo

CEBU CITY, Philippines–He was unemployed the reason why he was lured into the illegal drugs business.

Oliamot, who is from Sitio Ponce 1 in barangay Carreta, Cebu City, was supposed to deliver shabu to a poseur buyer in Sitio Nangka in Barangay Tisa when arrested by personnel of the Drug Enforcement Unit (DEU) of the Labangon Police Station.

Police Major Henrix Bancoleta, chief of the Labangon Police Station, said that they are now pursuing Oliamot’s supplier whom he identified as a certain “Ewoks.”

Bancoleta said they learned of Oliamot’s activities in Barangay Tisa from a tipped which they received from one of the residents there.

They sent their poseur to negotiate with the suspect for one week before the delivery was made.

Oliamot met with his supposed buyer along the road in Sitio Nangka where he was also arrested by the police.

Bancoleta said that the suspect was unable to resist arrest because he was already surrounded by policemen. /dcb