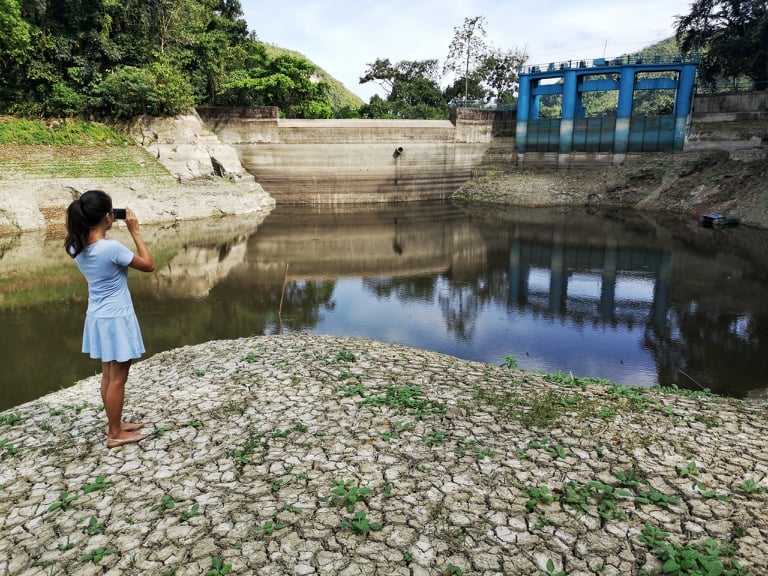 The Buhisan Dam’s water level has gone down at the height of the El Niño in March 2019. /CDN Digital file photo

CEBU CITY, Philippines — The Buhisan Dam is recovering from the effects of the El Niño.

Charmaine Kara, Metro Cebu Water District (MCWD) spokesperson, said this during an interview on June 25 as the Buhisan Dam had started producing 2,000 cubic meters of water per day from zero production in more than two months.

Read more: IN PHOTOS: The Buhisan dam in Cebu City is drying up

In the peak of the summer, around May, the total water production dropped to 190,000 cubic meters per day.

Kara attributed the recovery of the water supply production to the recent rains which replenished the surface water sources including the Jaclupan Dam and the Buhisan Dam.

“The water supply is expected to normalize within the next two months into the rainy season,” said Kara in Cebuano.

She said that it will take two months of normal average rainfall to normalize the supply.

The El Niño is expected to end around August as predicted by the Philippine Atmospheric Geophysical and Astronomical Services Administration in Central Visayas (Pagasa-7), and the MCWD is expecting a normal supply by that time.

Kara also said that the barangays were no longer requesting water trucks which was a good indicator that the water supply had returned to the affected barangays.

She said she was hoping that the water supply would normalize soon so that the consumers in highland areas would already get their supply of water./dbs