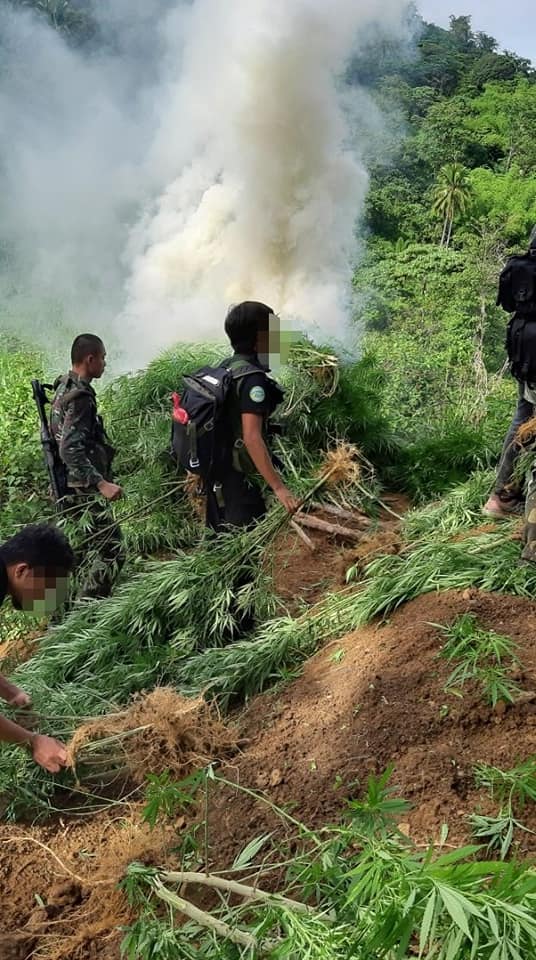 Personnel from PDEA-7 and Navforcen burned the marijuana plants that they uprooted in the mountain barangay of Tungkay in Toledo City. /Photo from the PDEA RO VII Facebook page

CEBU CITY, Philippines – Around P4.4 million worth of marijuana plants were uprooted from the mountains of Toledo City by personnel from the Philippine Drug Enforcement Agency in Central Visayas (PDEA-7) and the Naval Forces Central of the Central Command at 6:30 a.m. today, June 26.

The 11, 000 stalks of fully grown marijuana plants were found in Purok 3, Barangay Tungkay in Toledo City that is located on the southwestern part of Cebu province.

“Representative samples of the uprooted marijuana were submitted to PDEA 7 laboratory while the rest were burned on-site,” says the PDEA RO VII Facebook post.

PDEA-7 is also preparing a complaint that they will file against the three cultivators for growing marijuana plants, in violation of Section 16 Article II of the Comprehensive Dangerous Drugs Act of the Philippines.

Read Next
Priland reaches out to the young talents of tomorrow