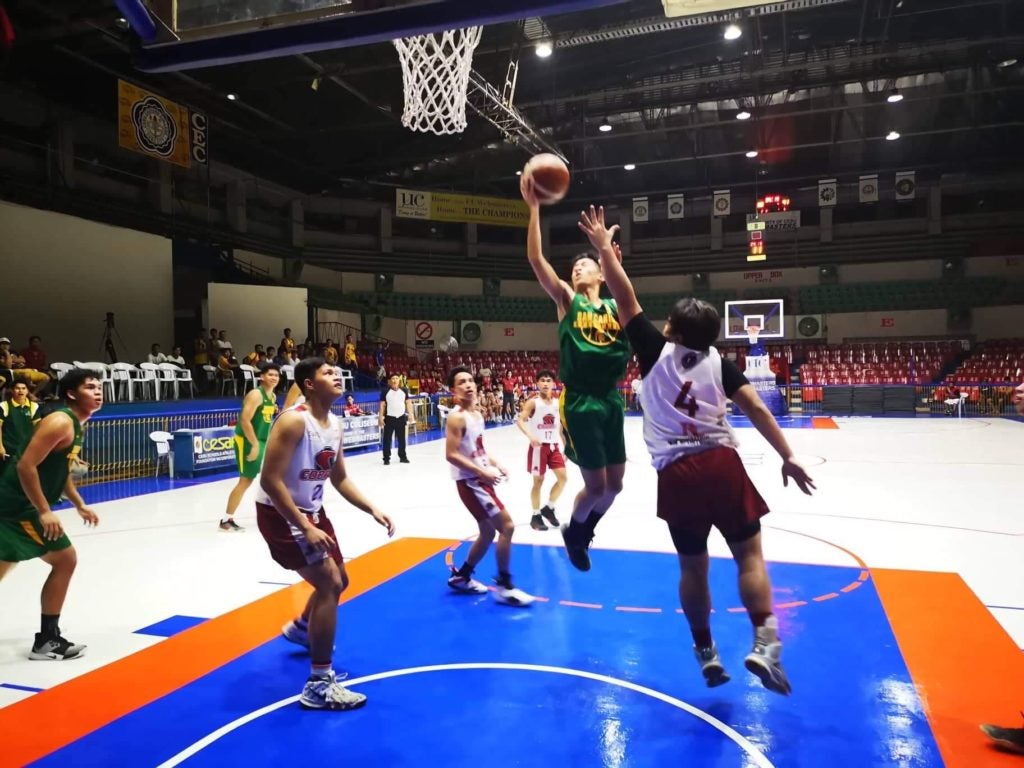 Cebu City, Philippines—The Tough Gear-Southwestern University(SWU)-Phinma Baby Cobras survived a furious endgame rally by the Cebu Elite-University of San Carlos (USC) Baby Warriors to come away with a 64-58 win in the high school division of the 2019 Cesafi Partner’s Cup basketball tournament on Wednesday, June 26, 2019, at the Cebu Coliseum.

The Baby Cobras were ahead, 50-39, in the fourth when the Baby Warriors pulled to within four, 46-50. USC kept on pushing and trimmed the deficit down to three, 54-57, after a three-point play by Khadshein Tagalog, 1:24 to go in the game.

However, SWU-Phinma kept its cool and responded with a putback from big man Charles Libatog and two free throws from guard Kendall Limana to bring its lead to seven, 61-54, time down to 56.6.

USC pulled to within four after a triple by Nathaniel Montecillo but SWU-Phinma was not to be denied as Dezeo Villanueva hit one of his own to seal the victory for the team of head coach Jerry Abuyabor.

Libatog and Limana each had 13 points to help the Baby Cobras win its third game in four outings.