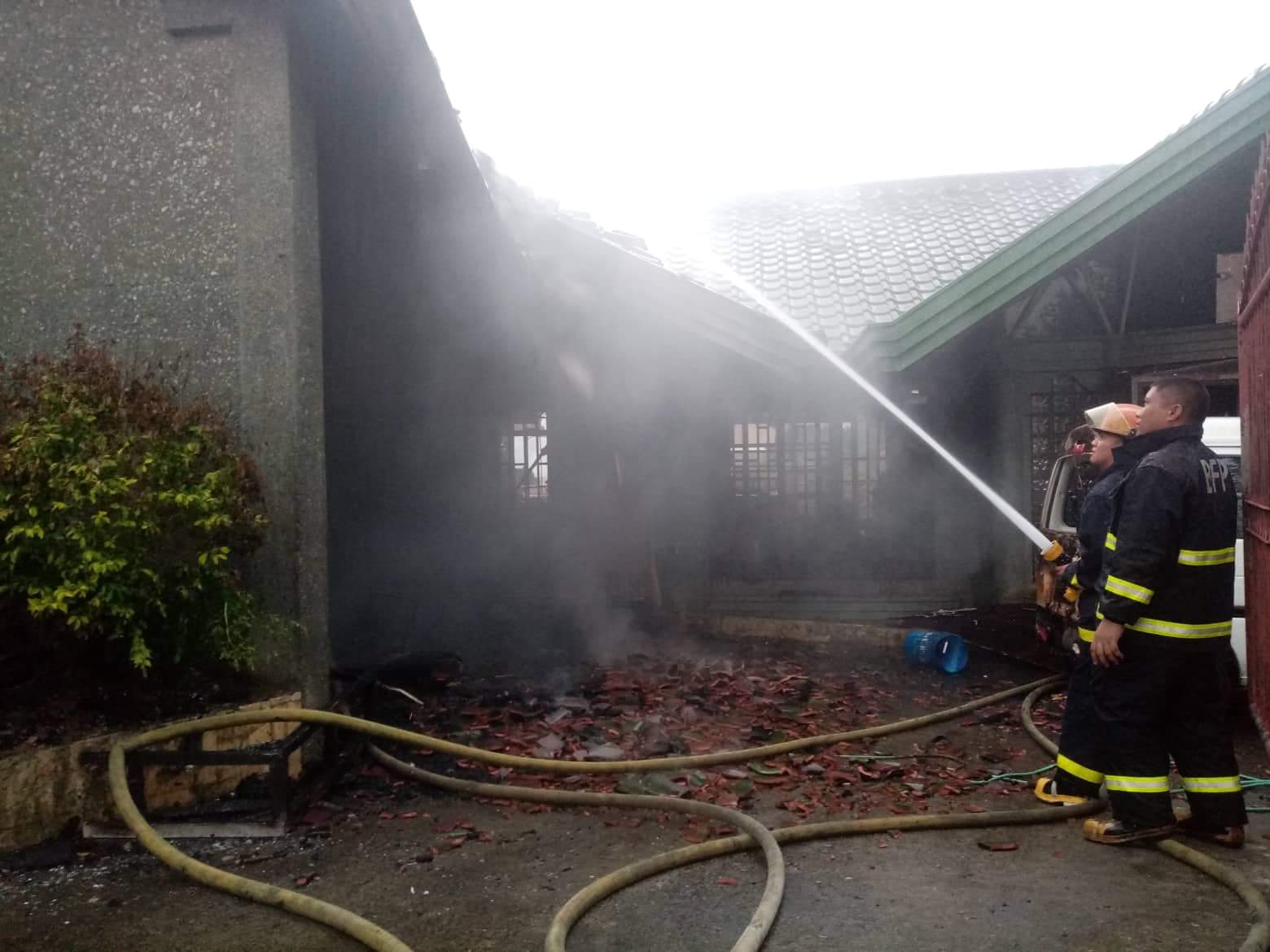 Firefighters try to put out the fire in the house of Ruben Yu in Barangay Guadalupe on Tuesday, July 2. CDND PHOTO / Benjie Talisic

CEBU CITY, Philippines―Firefighters tried to put out the blazing inferno but the angry flame quickly spread and devoured the 25-year old house of Ruben Yu in Barangay Guadalupe late afternoon on Tuesday, July 2.

Senior Fire Officer (SFO) 2 Rafael Basabe of the Cebu City Fire Department said they received the fire alarm at 5:02 p.m. The fire was put out 21 minutes later or at 5:23 p.m.

According to initial investigation, Basabe said the fire started in the storage area (bodega) of the house and later spread to the house’s living room.

Basabe, during his preliminary interview with the owner, said that the fire may have been caused by a plugged appliance that overheated and caused fire.

Authorities are still investigating the case to determine the total cost of the damage as well as the origin and cause of the fire.

Yu spent a total of P5 million for the house. / celr