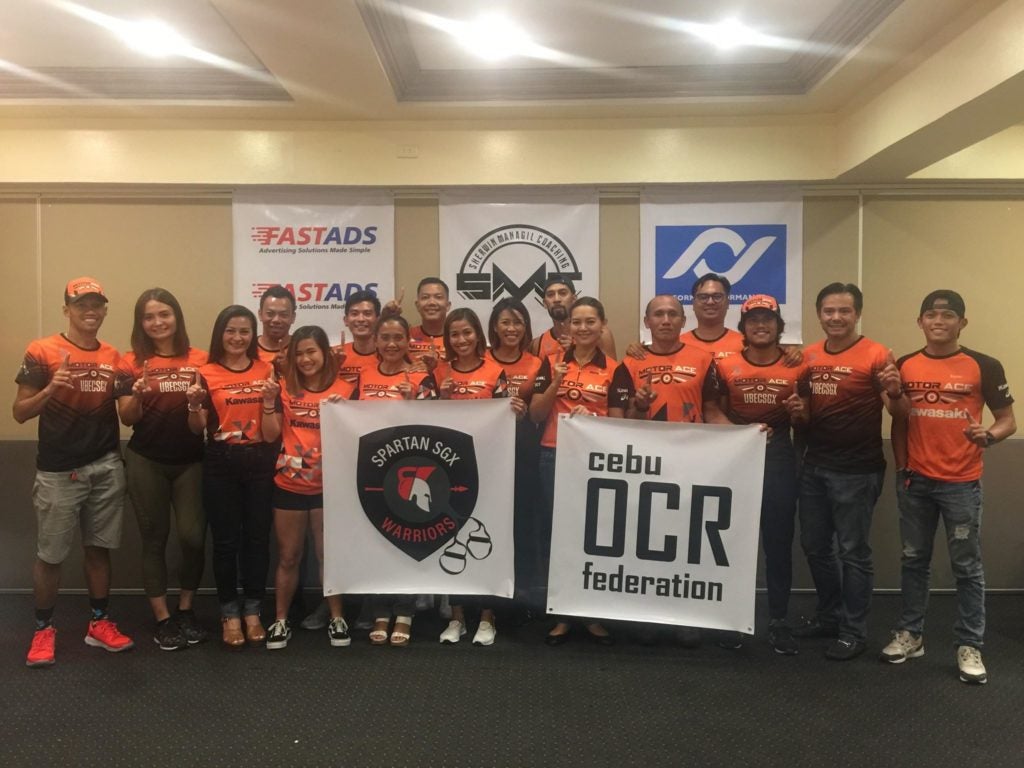 CEBU CITY, Philippines—“Harder than the Ironman!”

These are the words of the members of the MotorAce Spartan Team which finished with eight titles, two second place finishes and one third place finish in last Saturday’s Spartan RD Hill Super/Sprint 2019 in Danao City, around 48.6 kilometers north of Cebu City.

The team’s championship titles was led by veteran runner Sherwin Manangil, who claimed the Male Elite title while finishing third in the female elite was Janice Areja.

Manangil is currently the Philippines no.1 Obstacle Course Racing (OCR) athlete and he is vying for a slot to represent the country in the upcoming Southeast Asian Games.

The Spartan race is an OCR competition.

Veteran Ironman and Xterra athlete Joseph Miller did not disappoint as he clinched the title in the male 40-44 even if it was his first time to join the competition.

All three banked on their being triathletes as they each had a podium finish despite being first timers in the race wherein they not only had to run 13 kilometers to the finish line but had to accomplish 25 obstacles in between in a very muddy course. And, if they cannot accomplish the obstacle, they had to do 30 burpees.

(We really didn’t know what we got ourselves into, so we let them go ahead because we do not know how to do the obstacles, then we just follow what they do.)

Marathon coach John Philip Dueñas finished second in the male 30-34 but had to do about 200 burpees while the younger Dueñas, Chobie, also finished in second place in the male 18-24.

According to John Philip Dueñas, “it was a nice race, we enjoyed it, it was very challenging especially in the muddy area. Most important is you have focus and you have to pay attention.”

Sumayang said that having a running background is an advantage because it is important for an OCR athlete to have endurance.

“One key to improve in this race is to have endurance,” said Sumayang, who started the MotorAce Spartan Team two years ago with only six members.

Sumayang has also tapped Manangil to be the running coach of the team which have now grown to about 20 members.

Andre Borromeo, with wife, Maytina, held the congratulatory dinner for the team Monday night, July 8, 2019 at the Cebu Country Club.

“We all agree that it was the toughest Spartan race so far, tougher than Subic (referring to the full Ironman race). It was mentally challenging,” said Borromeo, who competed in the open with Maytina.

Manangil himself said that the Spartan race was more challenging than any other race.

(The Spartan is more challenging because if you cannot do the mandatory obstacles, you will get disqualified. You have to be mentally and physically fit. The fight is in the endurance.)

The team will join OCR competitions in China and Malaysia as well as locally, in Davao and Bohol.

According to Borromeo, MotorAce is supporting several sports as aside from OCR, they’re also supporting Cebu Olympian marathoner Mary Joy Tabal, football, circuit race and they also have a triathlon team. /bmjo