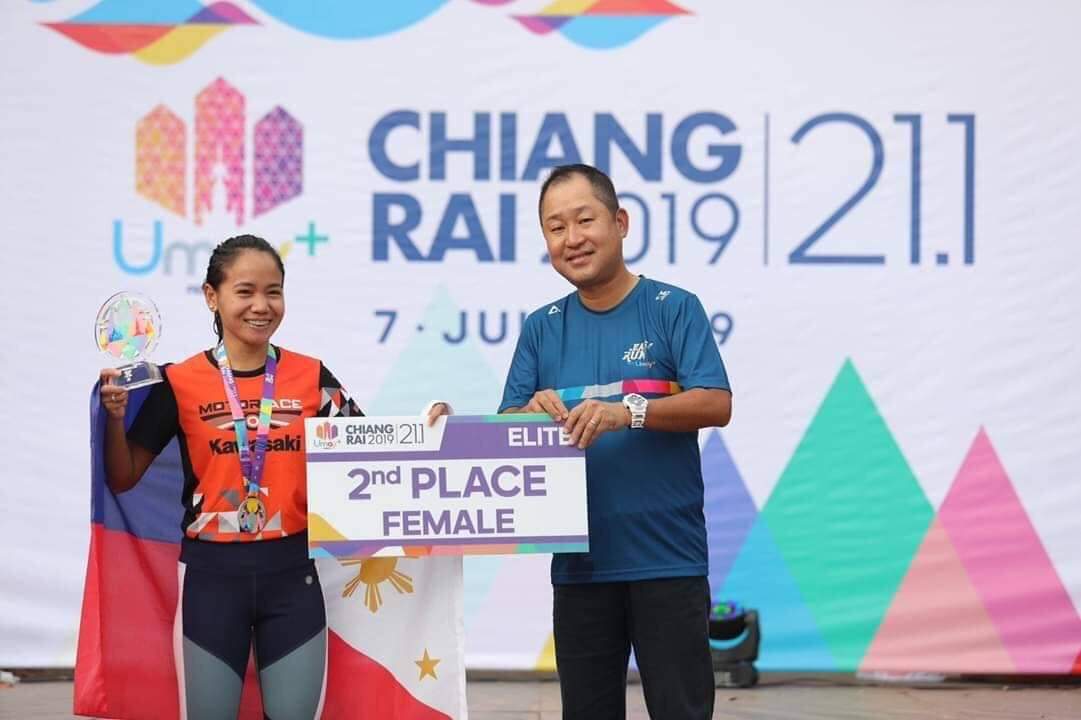 Tabal finished in between Japanese runners who took the first and third places.

“Basta katong 21km last Sunday is trial run to siya kay karun na month, July, ang start sa base phase sa training namo. Trial run siya for base evaluation after a month of recovery and transition,” explained Tabal, who is hoping to defend her gold medal in the Southeast Asian (SEA) Games which will be hosted by the Philippines later this year.

(That 21-kilometer run last Sunday was a trial run because this month, July, will be the start of the base phase of our training…that was a trial run for our base evaluation after a month of recovery and transition.)

The six-time Milo marathon queen further added that they also need to have a transition so they can be ready for her next phase of training, which is important in an endurance sport like the marathon.

“It is also important for me to have exposure in races so my confidence will be boosted and I will learn what needs to be improved,” Tabal added.

While aiming for the Olympic qualifier in her training, Tabal said that their full focus for now is on the SEA Games.

As of the moment, the Olympic standard is quite tough and very challenging, said Tabal.

Despite last Sunday’s race serving just as a trial run, Tabal still had learnings as she always does in every competition that she joins.

“Acceptance that in this sport, winners are not just identified as first, winners acknowledge that there are athletes who perform better than ourselves yet we never give up because the cycle continues and there’s another race coming, another opportunity to train, and another opportunity to play side by side against top athletes and proving again that we are stronger as we move forward,” said Tabal.

“And for me, I still achieve to be a winner in this race not just against competitors but also against my mental self. I am also happy to be able to compete with these elites and gain confidence with them,” she added. / celr