Andres Abellana is today a mere street leading to a section of Guadalupe from the Cebu Capitol. Very few know anything about him beyond this.

In his heyday, he was a Capitan Municipal of San Nicolas (and was thus called ‘Tan Andis”) before he joined the Katipunan revolt in Cebu in 1898.

Very few probably know that he was the father of the World War II hero and martyr, Gov. Hilario Abellana.

Fewer still know that while he was a councilor of Cebu City during the American Colonial Period, he had this unique hobby, if one may call it, of compiling data on men who were cuckolds or henpecked husbands, what we figuratively refer to today in Cebuano as ‘ander-de-saya (from the English “under the saya”).’ It was even reported by those in the know that his list, purportedly a thick one, was tacked neatly on a wall in his house and many a husband could actually visit him to see if his name was on that list. 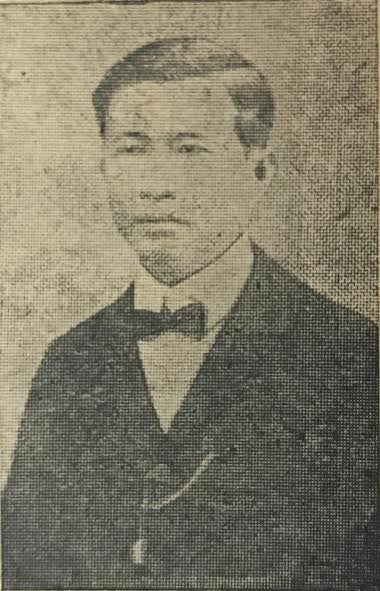 Already in his 60s when he started this pastime, Andres Abellana was by then known to Cebuanos as ‘Man Andis,’ a corruption of Hermano Andres. (Hermano is Spanish for brother that became a local term of endearment for an elderly person, usage of which continues today through the respectful terms ‘Manong’ or ‘Manoy’).

The fame of Man Andis’ unique hobby had reached such gargantuan proportions that by the 1930s, Cebuanos referred to any henpecked husband as “Manandis.” A short story was even serialized in ‘Bag-Ong Kusog,’ the Cebuano newsweekly. And  its title? You guessed it – Manandis!

Among those he listed early on were then governor-general Theodore Roosevelt, Don Sergio Osmeña, and even Gen. Emilio Aguinaldo.  Among the Cebuanos on the list was Dr. Leandro Tojong, who once headed the pre-war St. Joseph Hospital, and a prominent lawyer named Vicente Zacarias.

Of henpecked husbands, “Progress,” the short-lived English equivalent of ‘Bag-ong Kusog’ wrote in its July 24, 1932 issue, “A physician whose identity he asked should not be revealed for fear that his wife would go to the extent of beating him, scolding him, and proverbially tying herself to his belt so that he would always follow whenever he goes out, has this much to say on the matter: ‘When I was after my wife, she was very good to me and I did not think that she would do this to me now that we are married. I thought that we would live happily hereafter, just as my mother and my father lived in their days. But the reverse has come true. Now that I am like this, I always find means by which I can escape from my wife’s devilish acts. She scolds me for hours, treats me harshly and blames me for any mistake in the house. (And) whenever I come home she always inspects my pockets…I still remember that one time she found a perfume in my pocket which really belonged to another physician, and for this she dragged me to the floor.”

The municipality of Ronda reportedly came to the rescue of these henpecked husbands by approving an ordinance penalizing such powerful wives by a fine of 10 pesos or imprisonment of 10 days or both. I do not know if the Provincial Board, which comprised just two hopefully un-henpecked men at the time, eventually approved this measure.

One can imagine what would happen if such an ordinance was even thought of today. But the phenomenon of henpecked husbands or boyfriends appears to continue into the present.

Blame the women’s liberation movement? Ah, but there was no such thing when the Manandis list was talk of the town.