PRO-7 chief: Killings in Negros Or. are not a cause for alarm 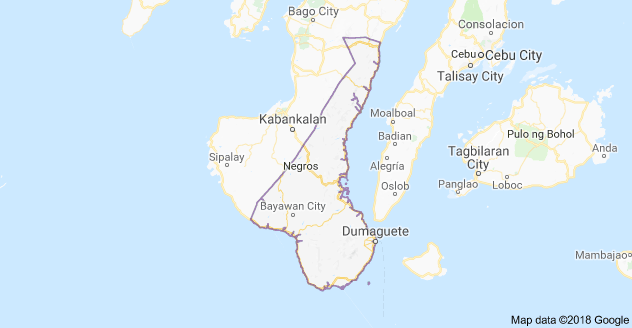 CEBU CITY, Philippines — The Police Regional Office in Central Visayas (PRO-7) said that the series of killings in Negros Oriental is not a cause of alarm as most of the incidents were in different areas of the province.

At least 15 individuals have died from July 18 to July 25 in different towns and cities in the province including the death and torture of four policemen in Ayungon town on July 18.

The death was claimed by the New People’s Army (NPA) and five of the many suspects have already been charged for the policemen’s death.

Read more: 11 ‘communist’ rebels to be charged for ambush-slay of 4 cops in Negros Oriental

A day later on July 19, a  human rights lawyer was killed in San Carlos City.

He was followed by two deaths, a rebel-returnee in Zamboanguita town was killed and a man in Dumaguete City was shot in his home on July 24.

The most deaths were recorded on July 25 with seven deaths in a span of 24 hours.

Although no deaths were recorded on July 26, the policemen recovering the bodies of the family who were shot dead in Sta. Catalina were harrassed by unknown men.

Aside from the deaths by shooting, barangay chief in Ayungon town was found dead inside his house, whom police described as an apparent suicide.

Police Brigadier General Debold Sinas, director of PRO-7, said that the recent deaths were not a cause for alarm since the incidents were not concentrated in one area but were distributed in the various towns.

He said that the Negros Police as assisted by the PRO-7 had continuously investigated the incidents, and they had been looking for any links between the deaths.

Among the casualties, the rebel group, New People’s Army, have claimed that they killed the four policemen.

Two of the other casualties were believed to be linked to the rebels, while the barangay chief, who died of an apparent suicide, was supposed to be the alleged star witness of the death of the four policemen.

Despite the connections, Sinas said that not all of the shooting incidents and killings could be traced back to the NPA.

“We cannot say that the killing was made by the NPA, unless there was an investigation,” said Sinas.

Sinas also said he still believed and had confidence on the leadership of Negros Oriental police chief, Colonel Raul Tacaca, to handle these cases.

He said that premeditated murders were difficult to detect by the police, and so he instructed Tacaca to conduct more patrols and checkpoints from Dumaguete City to Canlaon City to prevent more incidents occurring.

“We have confidence on our commanders,” said Sinas. /dbs