Italian chamber to encourage Italian firms to invest in Cebu 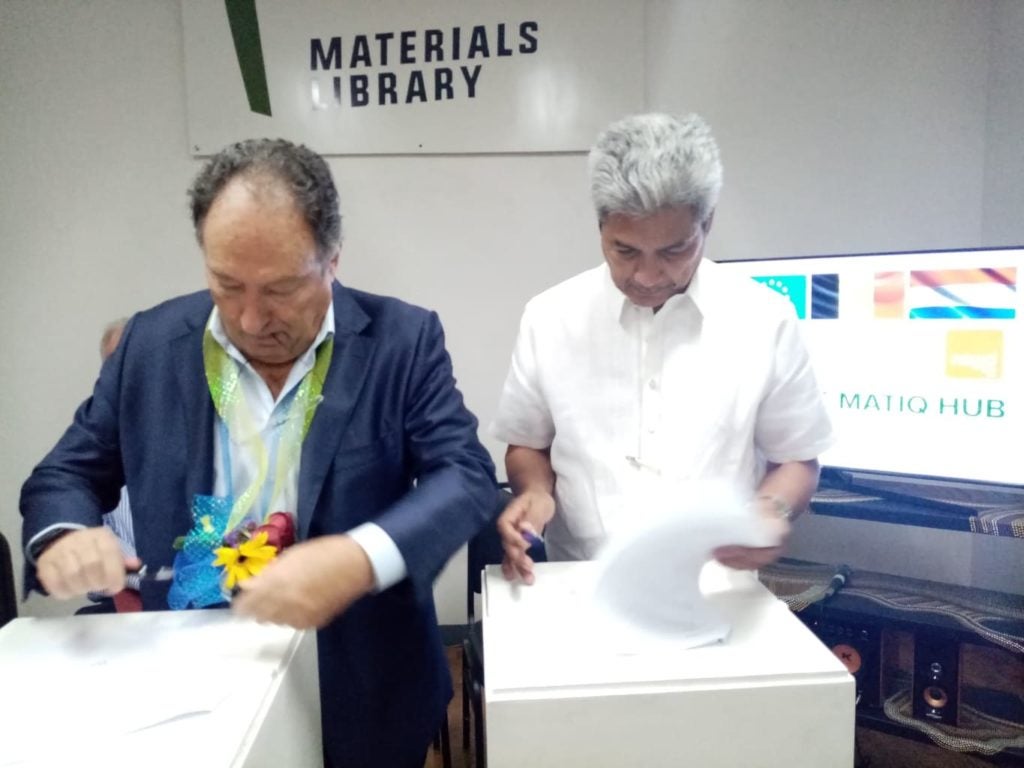 James Freney (left), director and board member of the Italian Chamber of Commerce in the Philippines, and MATIC chairman Agustin Palao signs memorandum of agreement for the former to set up an office at the Matiq hub. CDN Digital photo | Irene R. Sino Cruz

“We’re looking at expanding activities into the rest of the Philippines, not just in Manila, ” said ICCPI director and board member James Freney.

Freney was in Cebu Thursday, July 25, 2019, to sign a memorandum of agreement, on behalf of ICCI, with Materials, Art, Technology, Innovation and Circular Economy (MATIC). Under the MOA, the ICCPI will have its Cebu office at the MATIC hub.

“What we do is we talk to Italian companies that seek to expand beyond the confines of Italy,” he explained. “(We’ll) inform them about the existence of a country with 100 million people with these skillset that deserve for you to take a second look at.”

Freney added that ICCPI wanted to introduce to Italian companies other areas in the Philippines.

“There isn’t only Manila in the Philippines. It also makes sense because when you listen to a lot of people, they say you have to decentralize,” he pointed out. “You cannot have everything I’m Manila and the surroundings of Manila. It’s already very congested.”

Freney noted that Cebu has always been a trading post and historically, has a significance.

He added that there were many Italian companies located in Malaysia and Vietnam.

“So the time has come for the Philippines to assert itself. Italy has a lot of high technology and could use the Philippines in developing capabilities,” Freney pointed out.

He said Italian companies could look at the Philippines as a location for manufacturing base or assembly base or software engineering.

While he could not give specifics, Freney disclosed that a lot of Italian companies that have inquired about the Philippines.

Some are looking forward to take a good look at the Philippines, he added.

“And it’s not only because we’re looking for a market, because that’s not the way to go,” Freney said. “You have to look at collaboration of some kind that can bring benefits to both parties.”

“I think the Philippines deserves this. The capabilities are there,” Freney pointed out. “You can’t just help but notice how many skilled Filipino workers are all around the world and in the Philippines, doing very sophisticated jobs.” /bmjo

James Freney, director and board member of the Italian Chamber of Commerce in the Philippines (ICCPI), and MATIC chairman Agustin Palao signs memorandum of agreement for the former to set up an office at the Matiq hub. CDN Digital photo | Irene R. Sino Cruz

Read Next
Sinas: Raising Negros Or. cop-killers’ bounty to P3M can help in probe