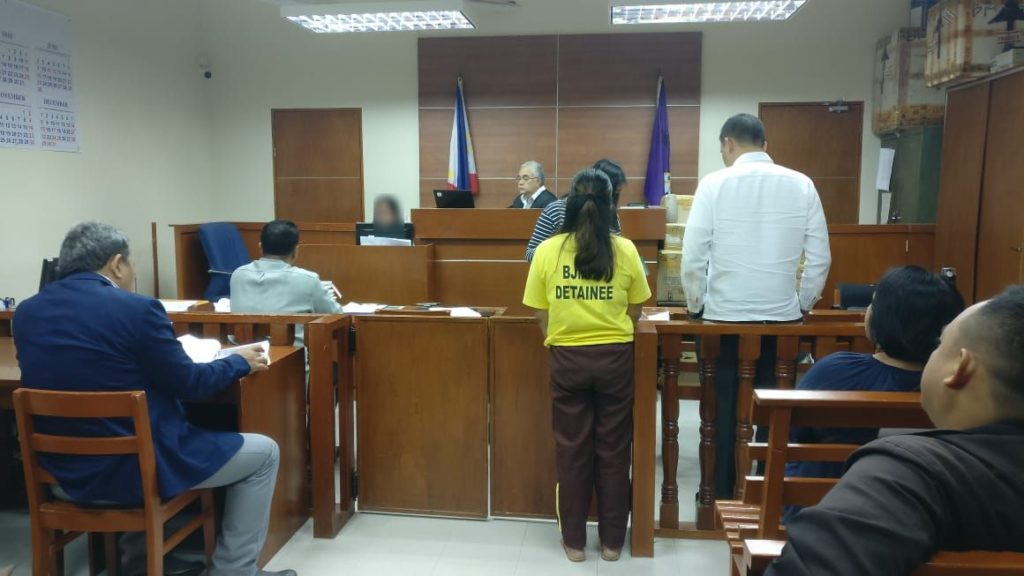 Merlyn was sentenced to 15 years in jail for the attempted trafficking of her six-year-old daughter. /IJM Photo

CEBU CITY, Philippines – A mother of five from Barangay Jagobiao in Mandaue City will have to spend the next 15 years in jail after she pleaded guilty to the attempted trafficking charge that was filed against her in court.

“Today’s conviction brings with it a harsh punishment of 15 long years of imprisonment for the offence she committed to her victims. We hope that these long years of serving her sentence will serve as a warning to all suspects engaging in online sexual exploitation of children,” says Colonel Romeo Perigo, chief of Women and Children Protection Center – Visayas Field Unit (WCPC-VFU).

WCPC is a specialized and dedicated anti-trafficking unit within the Philippine National Police (PNP).

The IJMP statement says that the National Centre for Missing and Exploited Children (NCMEC) in the United States tipped the Philippines’ Department of Justice Office of Cybercrime on Merlyn’s trafficking operations.

The IJM press release said that Merlyn was arrested in an entrapment operation by the WCPC-VFU in her residence in Barangay Jagobiao on April 16.

Merlyn then offered her youngest daughter, who is only six-years-old, to an online client.

The IJM statement said that the entrapment operation also led to the rescue of all of her five children, aged six to 17-years-old.

IJM said that Merlyn’s three older daughters “at some point (also) suffered sexual exploitation at the hands of their mother while her elder brother was considered an at-risk child.”

“All five children are now receiving trauma-informed interventions from the Department of Social Welfare and Development,” it added.

“Seeking to protect our children from OSEC does not stop with the rescue of victims or with the arrest of the perpetrators. It goes all the way to ensuring that perpetrators are held accountable for their crimes and OSEC survivors are eventually restored. The series of convictions we’ve achieved in recent years reinforces what effective law enforcement has accomplished in the fight against OSEC. The law should be a safe refuge for the oppressed,” said Atty. Lucille Dejito, IJM Cebu’s Director of Legal Interventions.

Prosecution lawyer Van Russel Inopiquez is reminding the parents to always “ love our children.” ” Teach them the good values in life so they may become good citizens in the future.”