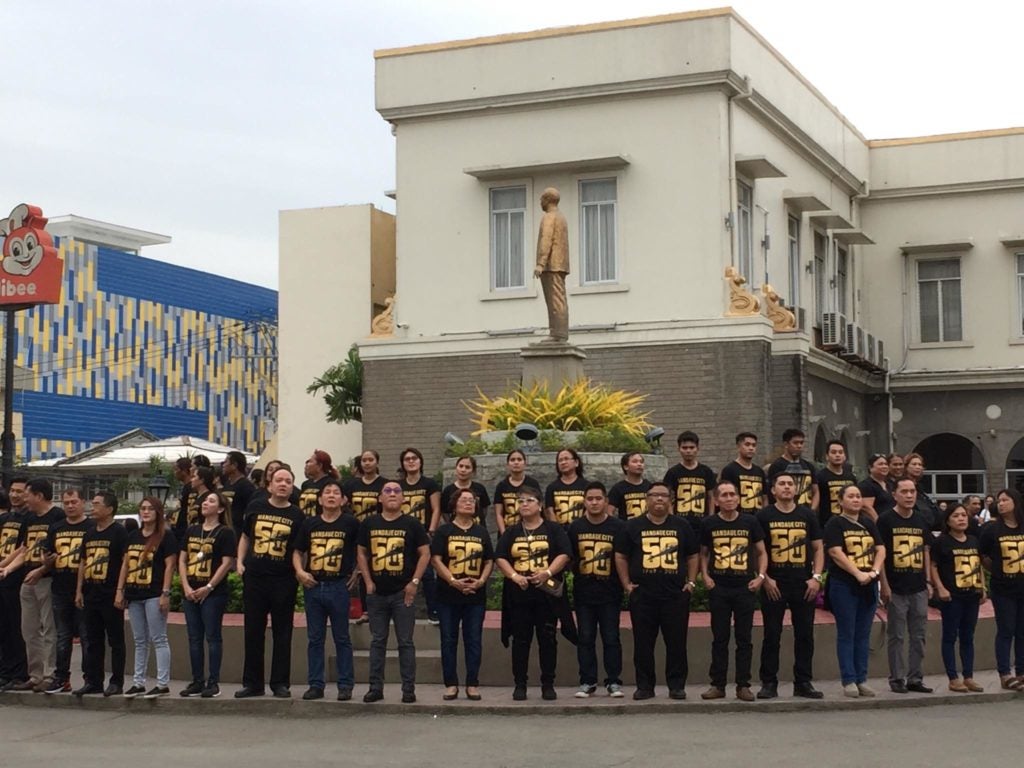 MANDAUE CITY, Philippines — The celebrations for this city’s golden charter anniversary has kicked off with demonstrating ties between the government and the business sector.

At 5 p.m. on Thursday, August 1, some 300 employees of the Mandaue City government headed by the city officials gathered at the Mandaue City Heritage Plaza for the human formation of the number 50, symbolizing the 50th anniversary of Mandaue City’s charter.

The human formation activity was organized by the Mandaue Chamber of Commerce and Industry (MCCI).

The event is also in consonance with the celebration of the Mandaue Business Month (MBM), said Kelie Ko, MBM Committee chairman.

“It really calls for a celebration since not only this falls in the business month, not only charter day but the 50th charter day. Coincidence or in God’s will, who would have thought that 50 years after it is declared a city, we would also be celebrating that Mandaue is now a lone district,” Ko told CDN Digital.

The MBM is also celebrated every August, and, this year, it will run until September 6.

Meanwhile, MCCI President Stanley Go said they looked forward to more collaborations with the city government to realize their goals through their participation in the nation building.

“This charter day is a clear manifestation of public-private partnership. We have prepared a lot of activities [also in line with the MBM] like business seminars to help the small businesses and we also have something for the environment like our tree planting and other projects for the Butuanon River,” Go said.