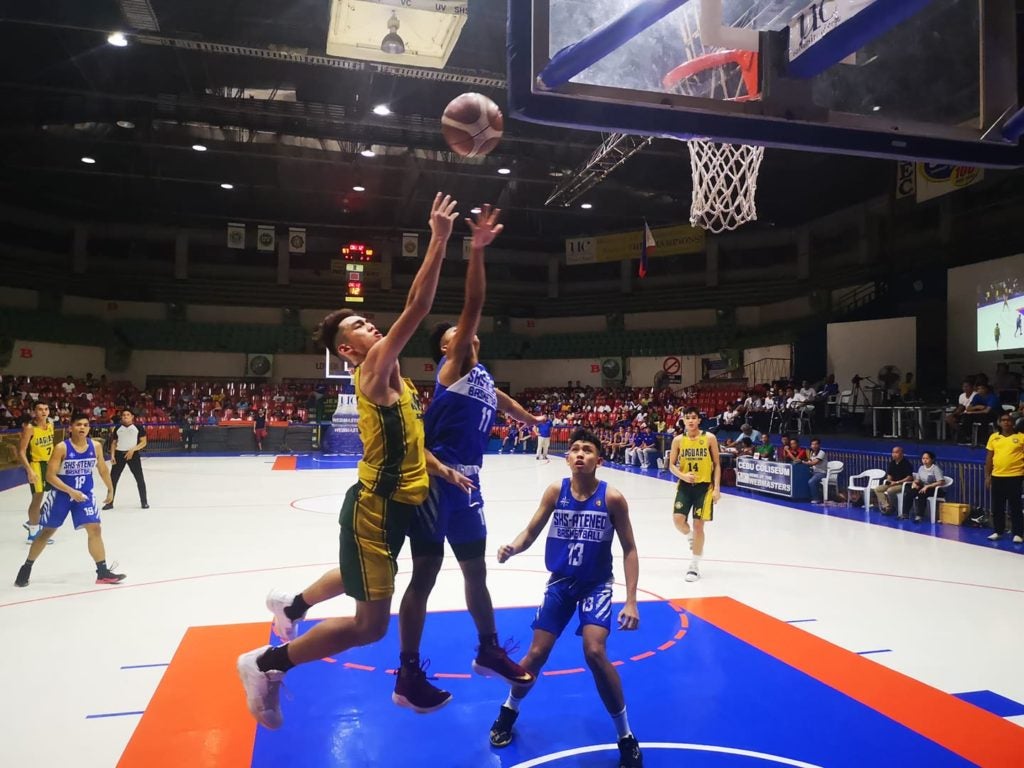 CEBU CITY, Philippines — The University of San Jose-Recoletos Baby Jaguars hung tough down the stretch to snatch a 61-56 win over the Cebu Landmasters-SHS-Ateneo de Cebu Magis Eagles in Game 1 of the best-of-three finals series in the 2019 Cesafi Partner’s Cup on Friday, August 2, 2019, at the Cebu Coliseum.

Ateneo de Cebu was in control early, leading 16-7, before USJ-R came alive in the second to surge ahead, 36-24, after a buzzer-beating triple by Diether Go. The Baby Jaguars still led, 52-40, until the Magis Eagles found their second wind and pulled to within five, 52-57, after a floater by LA Casinillo.

USJ-R though, stood their ground, as Kyle Maguinto and Kevin Guibao made lay-ups to extend their lead to 61-52, time down to 1:59.

Ateneo de Cebu had several chances to pull even closer in the game’s final seconds but made just two of their next six free-throw attempts to eventually hand USJ-R the series-opening win.

Go led the way for USJ-R with 17 points while Guibao added 14 markers. Kendrick Abatayo put up 13 points for the team of head coach Edito Salacut.

Ateneo de Cebu was led by the 14 points of Ariel Dinglasan and the 13 of Casinillo.

USJ-R will try to finish the series off in Game 2 slated for Sunday, August 4, 2019, at the same venue./dbs