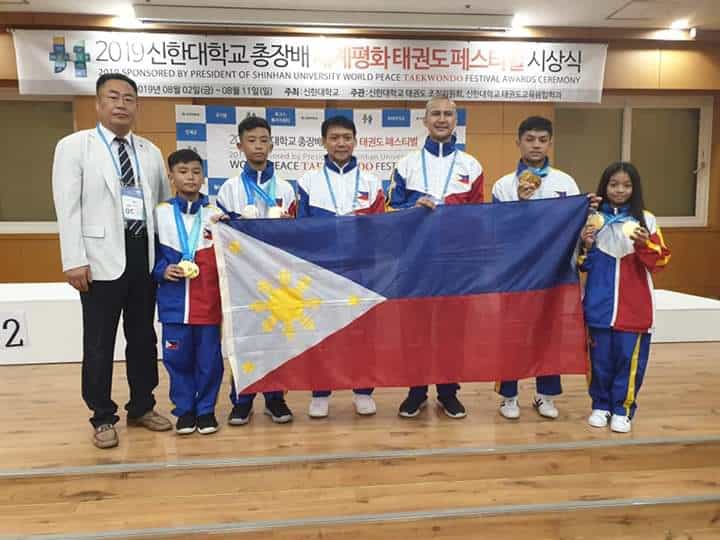 The competition was held from August 1-5, 2019 but the Pinoy jins will stay on until August 10 for seminars and training in poomsae, sparring, and freestyle.

Leading the medal haul for the Cebuanos with three gilts was Theodore Montecalvo. He dominated in the Individual Standard, Individual Freestyle and in the Kyurugi.

Reyes is a member of the national team training pool while the Montecalvos and Joymari Alexa Reyes are regional representatives.

Two other members of the Avengers Taekwondo Center also had successful outings last month—Johann Abelard Concepcion and McAvyngyr Alob. Both are also members of the Philippine team.

Concepcion was part of the Philippine team which finished with a bronze in the Team Freestyle in the 5th Asian Junior Taekwondo Poomsae Championships in Amman, Jordan.

Alob, for his part, was also part of Team Philippines which clinched the gold in the Taekwondo Senior Aerobic International competition in the 2019 PyeongChang World Taekwondo Hanmadang held  at the Yongpyong Dome in South Korea.