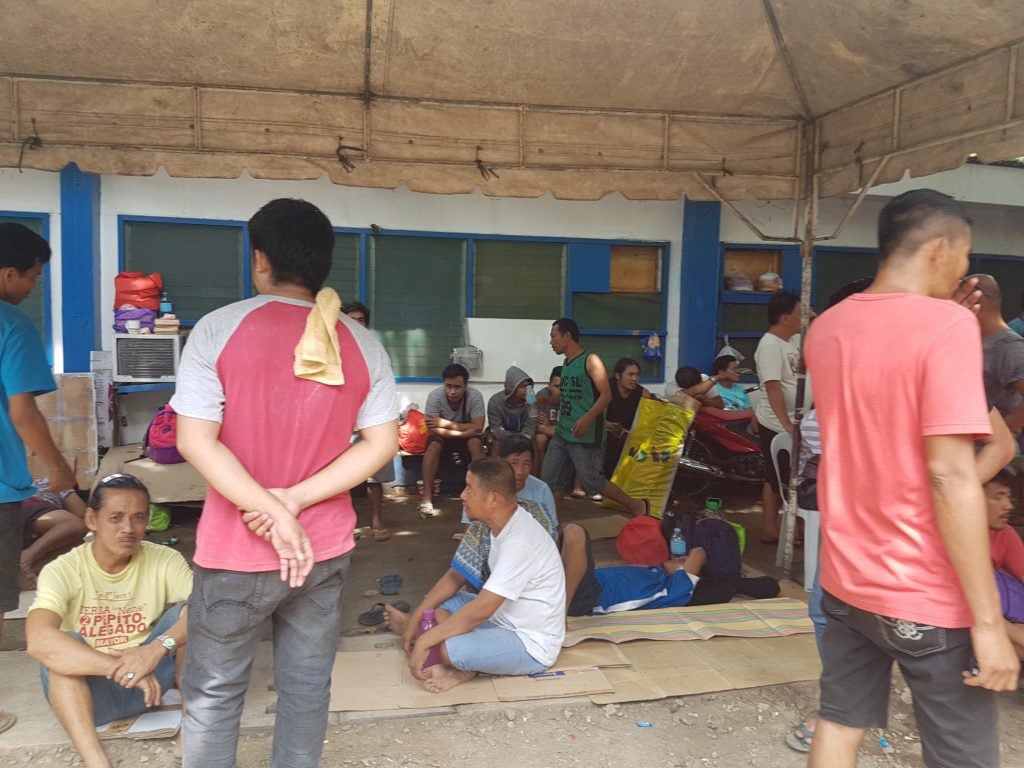 Some of the 324 persons arrested on the August 5 raid of the Mandaue cockpit place carton and mats on the ground so they could rest as they wait for the time to post bail. | Alven Marie A. Timtim

CEBU CITY, Philippines — None of the 324 arrested bettors and D and C Coliseum employees have returned to their homes yet.

Police Major Edwin Lacostales, who headed the raid on the cockpit last Monday, August 5, said they were still waiting for the resolution of the Mandaue City Prosecutor’s Office on the charges that they filed against the 324 arrested individuals as of press time.

Pending the resolution, Lacostales said the arrested bettors and cockpit employees could not post bail yet.

Operatives of the Criminal Investigation and Detection Group in Central Visayas (CIDG-7) raided the cockpit on Monday for operating on a weekday, which is prohibited by the Cockfighting Law of 1974. The law states that cockpits should only operate during Sundays, holidays or fiesta celebrations.

On Wednesday, August 7, CIDG filed charges against the 309 bettors and 15 staff of the cockpit for violation of the cockfighting law before the Mandaue City Prosecutor’s Office.

But Lacostales said the management or owner of the cockpit had not yet been included in the case.

(We will study on how to go about the owners of the cockpit, but for now, we are focused here on the arrested persons.)

The arrested individuals are still under the custody of the CIDG in Camp Sotero Cabahug in Gorordo Avenue, Cebu City.

Lacostales earlier said that the raid should serve as a stern warning against bettors to learn about the cockfighting law./dbs