Jin Macapagal: From the shy guy to Ultimate BidaMan 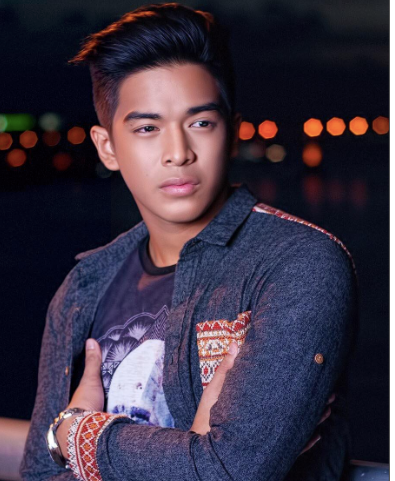 CEBU CITY, Philippines — It was in 2015 when Jindric “Jin” Macapagal started in the entertainment industry in Cebu.

Macapagal was first discovered by Abert Catamco, the owner of B&B Models Cebu during a school dance competition in a university in Mandaue City.

“He is really good a dancer,” Catamco told CDN Digital.

He said that was the reason he asked Macapagal to be part of his team.

Catamco said he believed that Macapagal had the potential to make his own name in the future with his good looks and talent.

“He is very shy and has no confidence in himself before,” Catamco said.

Macapagal was born from a Cebuana mother and a Manileño father. He is the youngest of three siblings.  But the 5″8 Cebuano model came out from his comfort zone in 2016.

Macapagal was one of the Cebuano finalists in the “Pinoy Band Superstar”, a singing competition in ABS-CBN along with Cebuano model Kyle Dwight Sabinay.

The stars did not align for Macapagal that time, and he came home to Cebu to continue his studies and earn a degree in Physical Therapy.

While studying, Macapagal joined fashion shows in Cebu and even in Manila. The 24-year-old model is not giving up on his dreams.

He joined several acting workshops in Manila since last year. At present, Macapagal is co-managed by Catamco and Mario Colmenares.

Colmenares is the same manager of Kapamilya actor Tony Labrusca who encouraged him to join “BidaMan,” a search for the next leading man in Kapamilya Network and a segment of ABS-CBN noontime show, “It’s Showtime.”

On August 10, Saturday, his fate changed when the stars finally aligned for him.

The Cebuano model was named as the first Ultimate BidaMan and bested 11 other men during “The BidaMan: The Big Break” held at the New Frontier Theater in Cubao, Quezon City.

Macapagal won a P1 million cash prize, a brand new car, a house and lot, and a management contract with ABS-CBN.

“We are so happy and overwhelmed for him. He improved a lot from his workshops,” Catamco said.

During the grand finals, Macapagal showed his acting in “Matinee Matibay” and “The Spotlight” rounds.

It was in “Matinee Matibay” when Macapagal’s acting was put to the test with an on screen partner.

He and Kapamilya actress Jaine Oineza played as lovers.

It was a drama scene where Oineza wanted Macapagal to leave her because she lost her confidence as she underwent chemotherapy.

For “The Spotlight,” he was given the chance to show how he could handle himself in a scene alone.

He delivered a monologue for his father who works as an Overseas Filipino Worker (OFW).

Macapagal burst into tears as he narrated in the monologue how his father missed special celebrations including his birthday and graduation./dbs