Burning garbage may have caused fire in Talisay City school 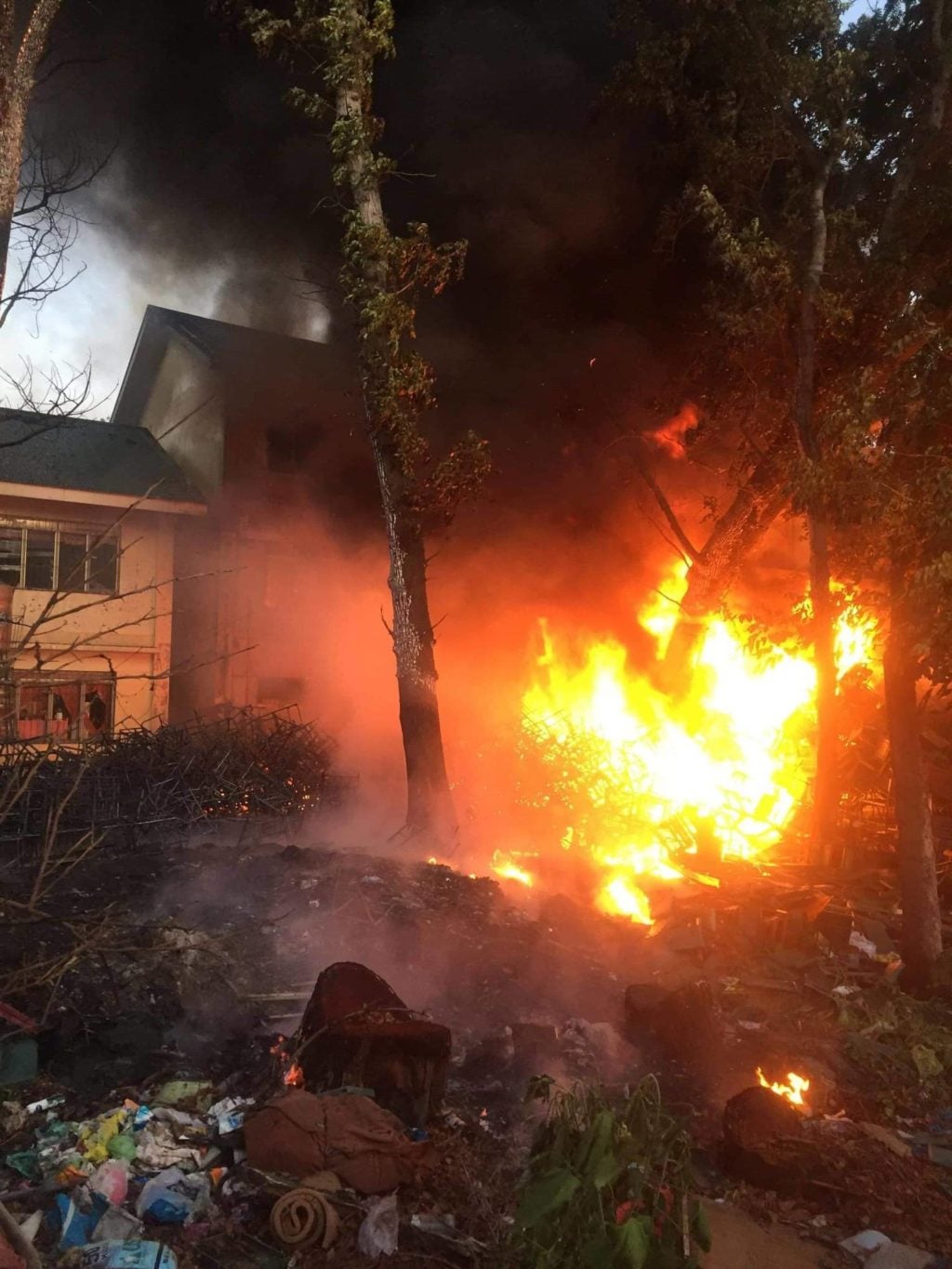 Trash from behind the Talisay City National High School is seen burning in this photo from BFP Talisay City.

No one was hurt or injured during the fire, which damaged three classrooms of the school.

According to Senior Fire Officer 3 Sherwin Algoso, they found traces of burnt garbage in the vacant lot at the back of the building that served as a dump site for broken plastic chairs.

He said someone may have burned their garbage in the area and the fire from this later on spread until it reached the glass windows and the ceiling of one of the classrooms of the high school building.

The damaged caused by the fire is estimated to be at P60,000, according to BFP Talisay.

Algoso said they are still working to determine the exact cause of the fire and find the person responsible for burning the trash on the vacant lot. /bmjo