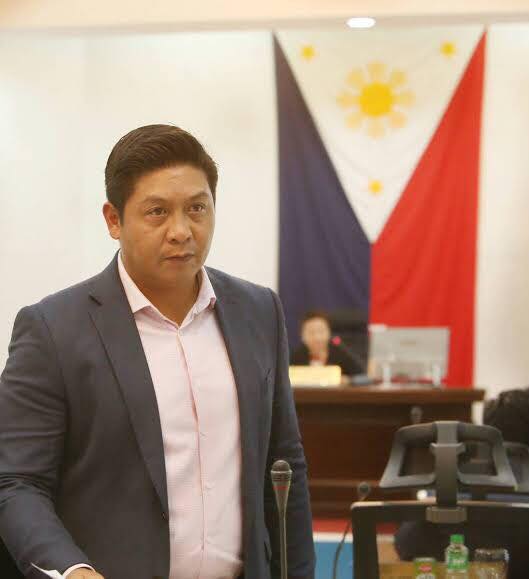 With the proposed downgrading of four departments in the Capitol, including the Provincial Disaster Risk Reduction and Management Office (PDRRMO), comes the slashing of the number of positions in the four departments from 166 to only 31

Under the reorganisation ordinance pushed for by allies of Governor Gwendolyn Garcia in the Provincial Board, PDRRMO will only have 10 plantilla positions, or 27 less than the positions presently allocated for it.

The other affected offices in the reorganization, Cebu Provincial Anti-Drug Abuse Office (CPADAO), Cebu Provincial Investment and Promotions Office (CPIPO) and the Provincial Tourism Office will only have seven personnel slots each from presently 49, 30 and 50 slots, respectively.

On Tuesday, August 13, 2019, the Provincial Board (PB) tackled on its second reading the proposed ordinance “rationalizing and improving public service delivery by reorganization of offices in the executive branch.”

In its discussion, Galeos said the downgrading of the four departments will provide for a streamlined organization process and will afford the province millions in savings.

Garcia earlier said the province is likely to have an annual savings of P186 million for the salaries of the employees in the four departments if the downgrading will be implemented.

“This reorganization is directed to streamline the offices without sacrificing the quality of service. The governor has some plans and it is her prerogative to ensure that the quality if service will not be compromised,” Galeos said during the discussion of the ordinance.

“The executive department, based on their evaluation, has noted insignificant achievement that is directly to increase in the number of personnel since it was implemented. It however resulted to a bloated bureaucracy and increase in allocation of budget for the salaries of employees and benefits,” Gales added.

But Board Member Celestino Martinez III, who was the author of the ordinance creating PDRRMO in 2015, questioned the effectiveness of the department to respond and prepare for calamities should it be downgraded to a 10-staff division under the Provincial Governor’s Office.

Martinez said no amount of savings can equate to damages brought by calamities such as that of Typhoon Yolanda in 2013.

“The move (to create the office) primarily was borne out from our experience during Typhoon Yolanda. Majority of the towns in the fourth fifth and third district were affected,” said Martinez.

Martinez said the creation of the department was supposedly a proactive measure to prepare for possible calamities.

“We foresaw that once upon a time we had an LDRRMO that was not capable to address the effects of typhoon Yolanda,” said Martinez.

Martinez added that four years since the PDRRMO was created, other provinces have replicated the ordinance that setforth the policies of the PDRRMO.

Among the events that highlighted the capacity of the PDRRMO is the rescue and retrieval operations and response to the massive September 2018 landslide in Naga City.

The PB, during its regular session on Tuesday, approved on second reading the reorganization ordinance. /bmjo

Read Next
UV loses to La Salle in Davao