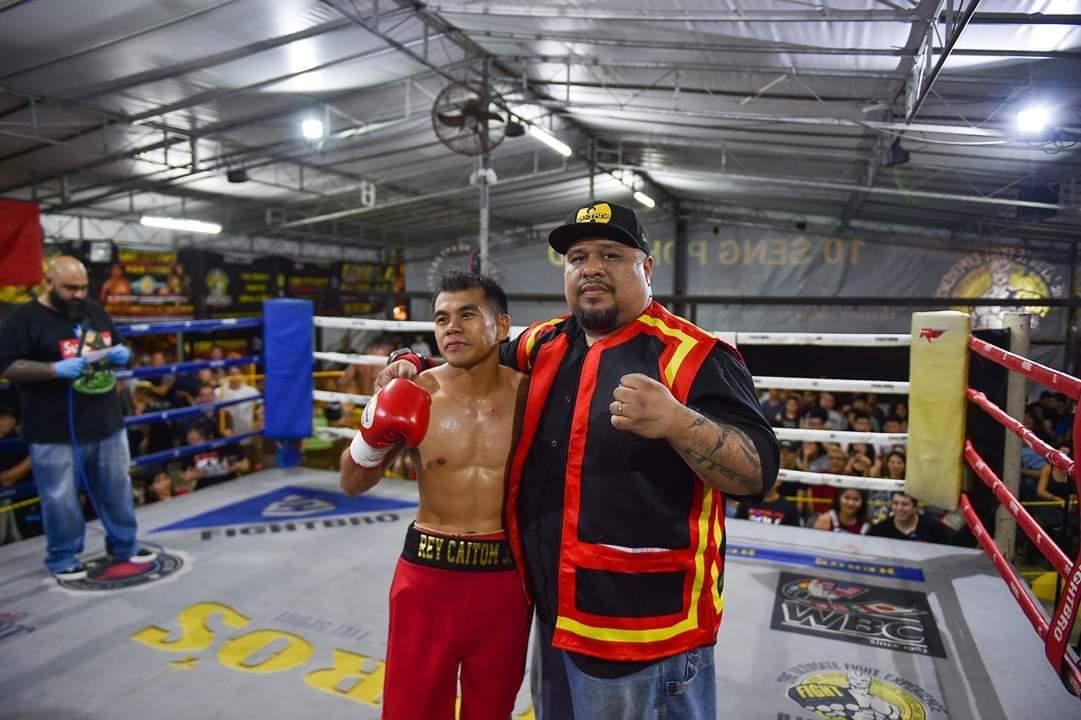 Rey Caitom Jr. will get a shot at a regional title as he vies for the World Boxing Council Asian Boxing Council minimum weight belt come September 2019. CONTRIBUTED PHOTO

CEBU CITY, Philippines—Former ALA boxer Rey Caitom Jr., who now hails in Singapore, will finally get a shot at a regional title as he vies for the World Boxing Council (WBC) Asian Boxing Council minimum weight belt in September.

Caitom, a six-time amateur boxing national champion, will go up against Indonesia’s Elias Nggenggo in 10 rounds as the co-main event of the Singapore Fighting Championship (SFC) 8 Renegades of Fight.

The other main event will have Singapore’s and Asia’s best, Nurshahidah Roslie, going up against undefeated Fan Yin of China for the WBC Silver Super Bantamweight world title.

(I am very excited and super motivated in the training. It doesn’t matter how tired I am from work, I just keep going.)

Nggenggo was the boxer who defeated Filipino former world champion Marlito Sabillo in one of the Pinoy Pride events held in Cebu.

Caitom admits he is not familiar with his foe.

(I have seen his fight against Sabillo on YouTube. I will make adjustments during the actual fight.)

The 33-year-old pug says he will make sure that he will have the endurance for the duration of the bout.

“I will keep training hard and ensure my stamina will last over 12 rounds. Then sparring twice a week and more rounds sa sparring like eight (8) rounds,” Caitom shares his training plan to defeat Nggenggo.

Caitom says he is absolutely ready for the fight because he has been training nonstop since his last fight.

Caitom inflicted a second-round knockout of former champion Khachonsak Pothong of Thailand in the SFC 7 last June 2019 in Singapore.

It was his second appearance up the ring since making a comeback in late 2018 as a professional boxer.

A win would give Caitom a world ranking which would bring him a step closer to his dream of bagging a world boxing title.

“I dedicate this fight to Father God for answering my prayers always. To my family back home for always praying for me and supporting me. To my friends and all of my clients and most importantly thank you to my promoter Arvind Lalwani for giving me this opportunity and believing in me, that I will become a world champion one day,” shares Caitom.

” This will be my stepping stone for a world championship one day, in God’s will,” Caitom adds.