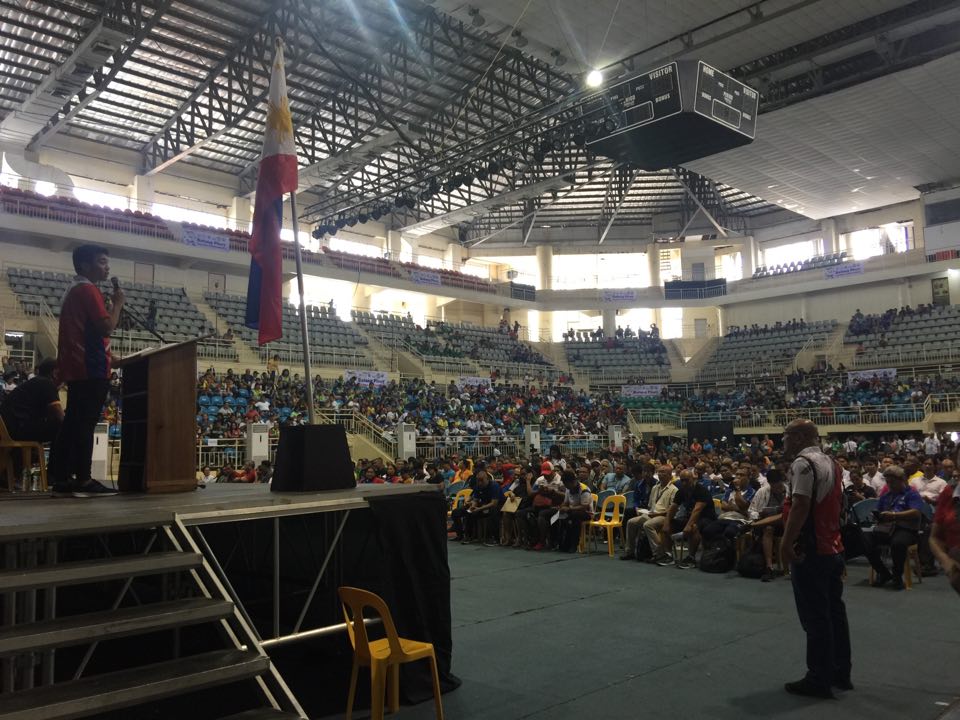 Athletes and their coaches gather at the Puerto Princesa City Coliseum for the solidarity meeting that was held ahead of the formal opening of the Batang Pinoy National Championships. Mars G. Alison

PUERTO PRINCESA, Palawan – Regional leg gold, silver and bronze winners who qualified for the Batang Pinoy National Championships will get a subsidy of P3,000 from the Philippine Sports Commission (PSC).

The secretariat which is based at the Puerto Princesa City Coliseum here will announce a date for the distribution of the incentive, says Emmalyn Bamba of the PSC Secretriat.

Bamba said that the athletes must be accompanied by either the head of their delegation, team manager or coach and must bring their Batang Pinoy National Championships identification card before they can claim their share of the PSC incentive.

She said that 11 of the 31 sporting sporting events in this year’s Batang Pinoy did not have to go through qualifying regional legs.

This means that the athletes competing in these 11 events will automatically qualify in the national championship which will be hosted by the City of Puerto Princesa and the Province of Palawan from August 25 to 31, 2019 or that they had no opponents during the regional qualifying legs thus they got an automatic entry to the national championships.

The top 5 local government units (LGUs) that will dominate the week-long multi-sporting event will be getting a sports program packages from PSC.

More than 6,000 athletes representing their respective LGUs will gather at the Speaker Ramon V. Mitra Sports Complex this afternoon, August 25, for the official opening ceremonies of the 2019 Batang Pinoy National Championship.