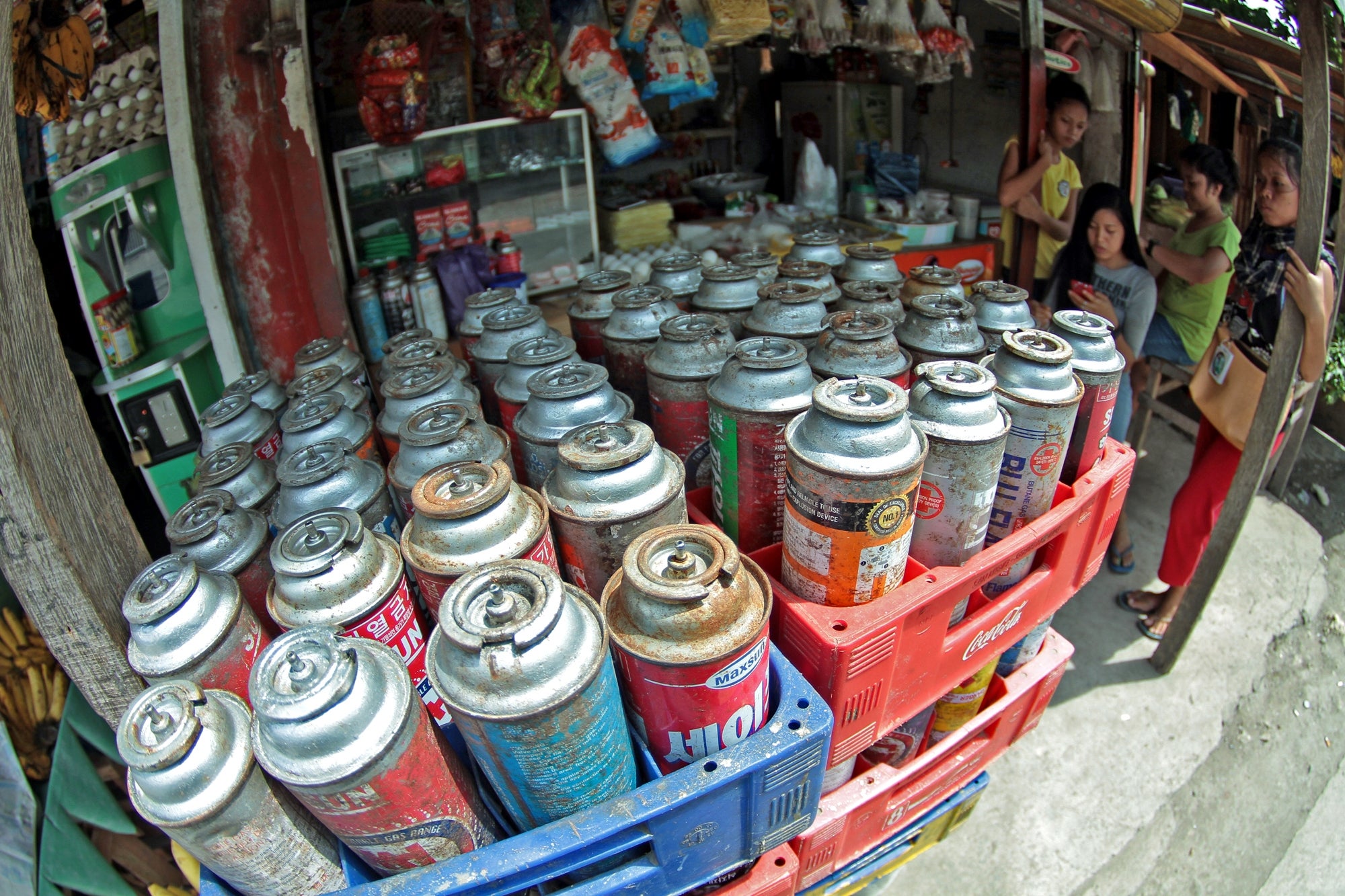 This was the response of Cebu City Legal Office Rey Gealon to John Matuguina, market administrator, in a letter asking for the legal office’s opinion on a stall application that will sell butane canisters at the T. Padilla Public Market.

Gealon advised Matuguina to avoid approving such requests unless mitigating measures to avoid fire has been complied by the stall.

“Butane being a highly flammable and pressurized gas… it is possible that it may explode if exposed to extreme heat or used improperly,” said Gealon in his response to Matuguina.

Concerns regarding refilled butane canisters have been raised as they can cause fire and other accidents.

In February 2019, 13,000 LPG-filled butane canisters were seized in Consolacion town.

On April 2019, the Department of Energy in Central Visayas (DOE-7) reminded Cebuanos to refrain from patronizing the refill and sale of LPG-filled butane canisters.

The Market Authority may approve the application of a butane stall if the owners have complied with a Fire Safety Inspection Certificate (FSIC) from the Bureau of Fire Protection.

This is to ensure the structure of the stall and butane storage compliant to the Fire Code of the Philippines or Republic Act 9514.

Finally, a butane store should also have a Standard Compliance Certificate from the DOE to make sure that the stall is legally selling a specific type of butane.

“Stringent laws have to be complied with such as that required by the Department of Energy and Bureau of Fire Protection even before any application will be weighed for approval by the Market Administrator,” said Gealon.

“Public health and safety, let alone ‘rule of law’ are the primordial considerations of the Mayor (Edgardo Labella) for this type of business,” he added. / celr

Read Next
Any change in the BRT route is ‘detrimental’ to Cebu City, Cebuanos – Del Mar