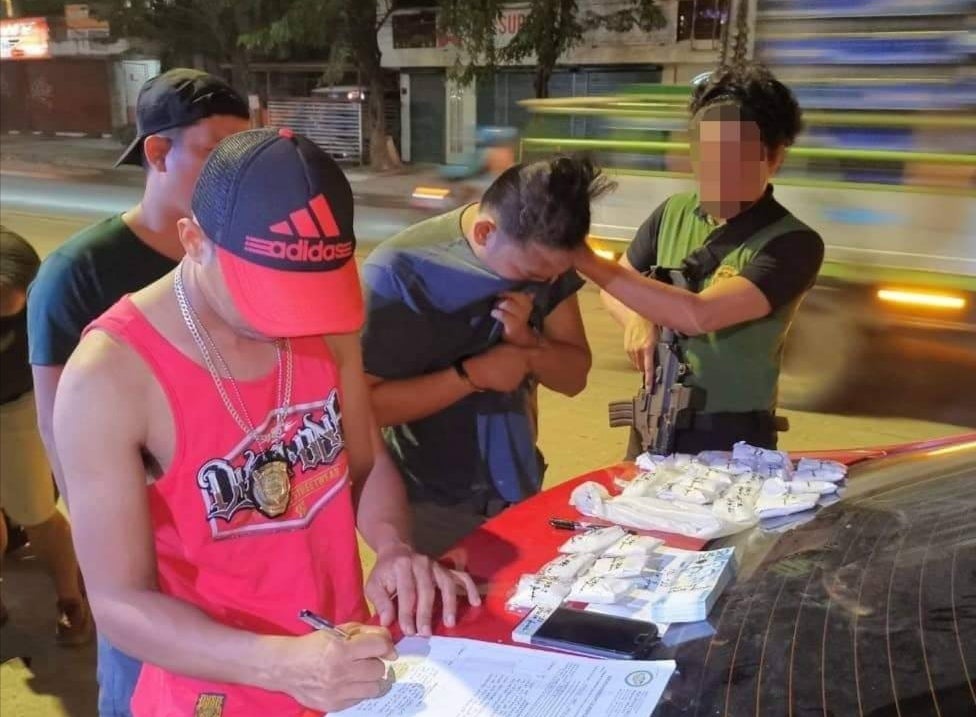 Patrick Caballero is arrested after he was caught with suspected shabu during a buy-bust operation in V. Rama Avenue in Barangay Calamba in Cebu City at 6 p.m. on A ugust 30. | Contributed photo by PDEA-7

CEBU CITY, Philippines — Those in the illegal drug trade in Cebu City, beware.

This is the warning of Police Colonel Gemma Vinluan, Cebu City Police Office (CCPO) chief, amid the nearly P12 million worth of suspected shabu confiscated in separate drug raids in Cebu City by the Cebu City police officers and the Philippine Drug Enforcement Agency in Central Visayas (PDEA-7) in a week’s time.

Vinluan said with the results of these operations, they were able to create a matrix of alleged drug personalities that they would be monitoring in the following weeks as they would intensify and continue to pursue their operations against street level and regional level drug targets.

Aside from that she also planned to strengthen the community’s support on the anti-drug campaign of the police.

“We need the support of the community. Yun ang isa sa gusto ko istrengthen. Siguro, I will consult some experts on how to genuinely win the community’s support,” she said.

“Police can’t do it alone. We need the active involvement of the Cebuanos,” Vinluan said.

The CCPO operations yielded at least P9 million of illegal drugs in a week’s time while the separate operations of PDEA-7 also in the city got at least P2 million.

The latest operation led to the arrest of Patrick Fred Amaya Caballero, 26, of Barangay Guadalupe, Cebu City on August 30.

PDEA-7 agents arrested Caballero, a former Transport Network Vehicle Service driver, after he was caught with at least P2 million worth of suspected shabu during a buy-bust operation along V. Rama Street in Barangay Calamba, Cebu City at past 6 p.m.

Leia Albiar Alcantara, PDEA-7 public information officer, said Avella, who was the target of their operation, had been under surveillance for a week.

Alcantara said confiscated from the operation were eight packs of suspected shabu weighing 10 grams, which had an estimated Dangerous Drugs Board value of P68,000.

She said that Avella could dispose 80 to 100 grams of suspected shabu in a week.

On Tuesday, the police officers from the Mambaling Police and Mabolo Police Stations confiscated P2.6 million worth of suspected shabu in two separate raids.

First to fall was Nelson Booc, 33, after he was caught with 255 grams of suspected shabu with an estimated worth of P1.7 million in a buy-bust operation in Barangay Duljo Fatima conducted by the Mambaling police at past midnight of August 27.

At 5 a.m., the Mabolo police officers arrested Robert Solon of Barangay Carreta in a buy-bust operation in Barangay Mabolo where 140 grams of suspected shabu was confiscated.

On Monday, August 26, Cebu City police got their biggest haul of P7.0312 million worth of suspected shabu which they confiscated from Myla Delumbar, 29, during a buy-bust operation in Barangay Guadalupe./dbs