Who is Inocencio Dela Cerna? 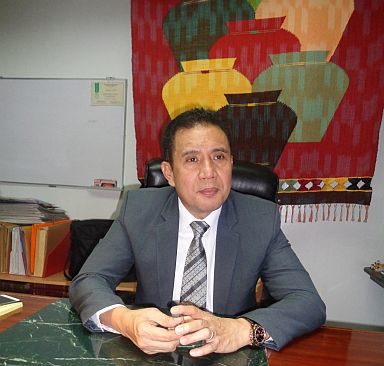 CEBU CITY, Philippines— He may have handled several controversial cases but the attempt on his life still caught seasoned lawyer Inocencio Dela Cerna by surprise.

In a message reply to CDN Digital, Dela Cerna said he did not receive any threats prior to the ambush in front of the Cebu City Hall of Justice at the Qimonda IT Center, North Reclamation Area in Cebu City on Monday morning, September 2.

Dela Cerna came from a court hearing for one of his cases when the still unidentified assailants fired shots that hit the lawyer’s white sports utility vehicle at past 9 a.m.

Dela Cerna  survived the attempt on his life and managed to drive his car  to the Waterfront Police Station.

The ambush against Dela Cerna caused an uproar among legal professionals.

Both the Cebu province and Cebu City Chapters of the Integrated Bar of the Philippines (IBP) issued statements condemning the act. The lawyers called the attack as an “assault against the rule of law.”

They also called on the police for the speedy investigation of the ambush and to bring the perpetrators to justice immediately.

Police Staff Sergeant Mark Daclan, Mabolo Police Station investigator, said Dela Cerna’s work, as a lawyer who handled controversial cases, may have been one of the possible motives of the attack.

Dela Cerna is currently one of the defense counsels of the kidnapping case of former Bohol Board Member Niño Rey Boniel in relation to the disappearance and alleged murder of his wife, former Bien Unido Mayor Gisela Bendong-Boniel.

Last August 8, Dela Cerna cross-examined Angela Leyson, the best friend of Mayor Boniel, who testified that it was the former board member who barged into their resort room when the mayor was abducted.

Dela Cerna is also the legal counsel of former Toledo City Mayor John Henry “Sonny” Osmeña. With his services, the one-year suspension that the Ombudsman handed to Osme in August 2017 was reversed by the Court of Appeals in May 2018.

He is also the former legal counsel of the slain Ricardo “Ricky” Ramirez, the former mayor and councilor of Medellin town.

Ramirez was arrested in 2017 for illegal possession of firearms after several high-powered firearms were confiscated by the Provincial Intelligence Branch of the Cebu Police Provincial Office (CPPO) during a raid at his house.

Dela Cerna, however, was no longer Ramirez’ counsel when Ramirez was murdered inside his hospital room in Bomedco Medical Center in Barangay Luy-a, Medellin last June 2019.

Aside from private individuals, Dela Cerna also represents the Criminal Investigation and Detection Group in Central Visayas (CIDG-7). His recent court appearance for CIDG-7 was during the hearing for the alleged ambush of former Tejero councilor Jessielou Cadungog.

Cadungog’s driver-bodyguard shot dead policeman Eugene Calumba in July 2018 as he claimed that the latter attempted to shoot their vehicle. The police disputed this claim and said Calumba, who was with Parian Police Station, was only patrolling the area in Barangay Tejero.

According to a 2006 report, an American national, who was a tenant in a building that Dela Cerna managed  in Sanciangko Street in Cebu City, also allegedly barged into his law office and threatened to kill him.

The foreign was said to have carried a firearm with him. Dela Cerna was not hurt during the incident but the foreigner reportedly destroyed the things in Dela Cerna’s office. / dbs