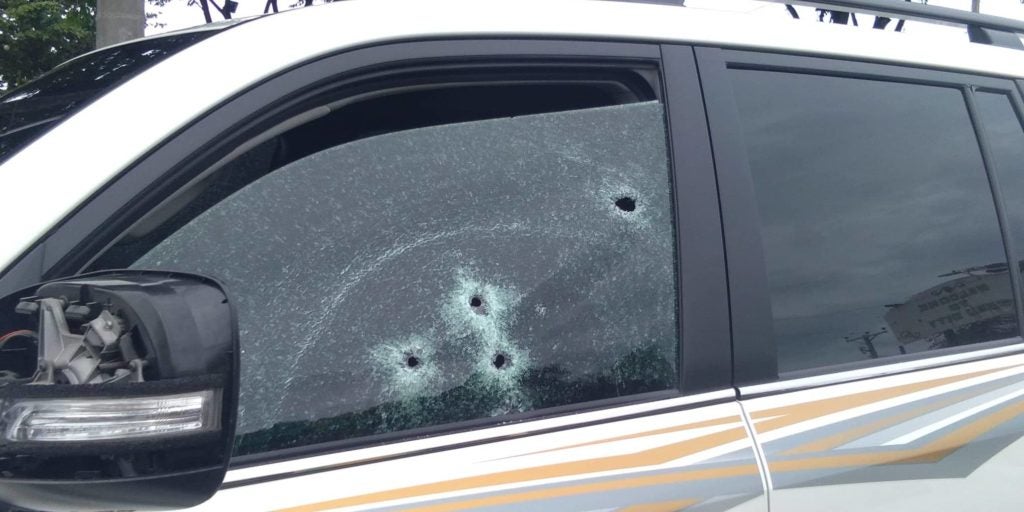 CEBU CITY, Philippines — The recent attempt on the life of lawyer Innocencio Dela Cerna has raised a concern on the safety of people working and those who are visiting the Cebu City Hall of Justice located at the Quimonda IT Center at the North Reclamation Area in Cebu City.

Cebu City Executive Judge Macaundas Hadjirasul is asking the police to secure the Hall of Justice and all the people who occupy the building.

“Please give us more police officers to secure the premises of (the) Quimonda building and if possible patrol the vicinity,” Hadjirasul said in an interview shortly after Dela Cerna’s ambush this morning, September 2.

Hadjirasul told reporters that he was “gravely dismayed” of Dela Cerna’s attack.  At the same time, he also expressed worry on the safety of people who visit the Cebu City Hall of Justice.

In February 2018, Atty. Jonnah John Ungab was killed in an ambush that happened as he was about to leave the Quimonda IT Center, where he attended the hearing of a case that was handling.

A similar attack happened on Dela Cerna, who was also at the Hall of Justice earlier today to attend the hearing of a case that he was also handling. A still unidentified gunman fired shots at Dela Cerna’s vehicle as he was about to leave the Quimonda IT Center compound.

Hadjirasul said he does not want to wait for the time come where in attacks on lawyers will already happen inside the justice building.

(Let us not wait for the time to come that lawyers will be killed inside the Hall of Justice.)

He said that the Hall of Justice might as well be closed if criminals will continue with their practice of waiting for their targets outside.

“This is the Hall of Justice.  This is where people come to seek justice! Unya gikan dinhi, mapusilan, mapatyan?” said Hadjirasul.

Hadjirasul said there is a need to assure workers, lawyers and even their visitors that the Cebu City Hall of Justice remains to be a safe place.

As an added security measure, Hadjirasul said that he will now require their blue guards to already include the constant inspection of the closed-circuit television that are located within their premise in their daily security inspections.

He is also asking the leadership of the Cebu City Police Office (CCPO) to deploy uniformed policemen to patrol their premise and discourage the presence of criminal elements. | dcb