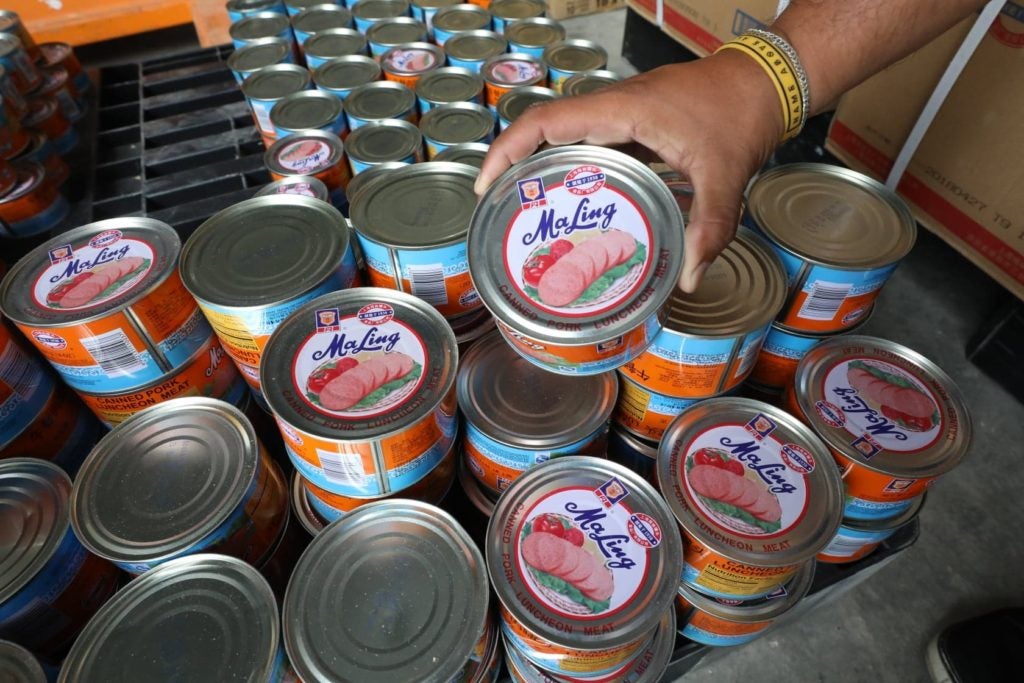 Around 3,000 cans of China-made luncheon meat were intercepted by authorities at Pier 1 in Cebu City on Tuesday, September 3. Capitol PIO/Tonee Despojo

Cebu Province’s African Swine Fever (ASF) Task Force reminded consumers to buy local meat as one of the precautionary measures to be taken to avoid being infected with the deadly disease.

Dr. Mary Rose Vincoy, provincial veterinarian, said the public must be vigilant in picking up their pork and pork product supplies in supermarkets.

Vincoy, who also heads Cebu Province’s ASF Task Force, said they will continue to strengthen their surveillance and monitoring activities in supermarkets to ensure that none of the pork products from the banned countries would be sold on the shelves.

Vincoy said that it is safer to choose the meat of Cebu-raised pigs since they can assure that the local hog industry is safe from ASF.

Cebu Governor Gwendolyn Garcia issued a 100-day ban, which started on August 22, on the entry of pork and pork products from other provinces.

Garcia announced this ban to protect the P10-billion hog industry of Cebu.

Vincoy said 58 pigs, which arrived at the Samboan Port in southern Cebu on Tuesday, September 3, were shipped back to its origin in Dauin, Negros Oriental because they lack the required veterinary clearance and shipping permit.

At least 40 kilos of pork meat, supposed to be sold at Minglanilla Public Market, was also shipped back to La Libertad, Negros Oriental on the same day, September 3.

On July 30, the Food and Drug Administration issued an advisory banning the entry of pork and pork products coming from the following countries with reported cases of ASF:

The Department of Agriculture (DA) also banned pork products from these countries due to the ASF threat:

The ASF Task Force and the Bureau of Animal Industry intercepted over 3,000 cans of Chinese-brand luncheon meat at the Cebu City Pier 1 on Tuesday afternoon, September 3.

Vincoy said the confiscated canned goods, which are currently stored at the Capitol warehouse o M. Velez Street, are due for thermal destruction at 4 p.m. on Thursday, September 5. / celr

Read Next
Labella signs EO No. 10 creating the Inter-Agency Task Force on Flooding