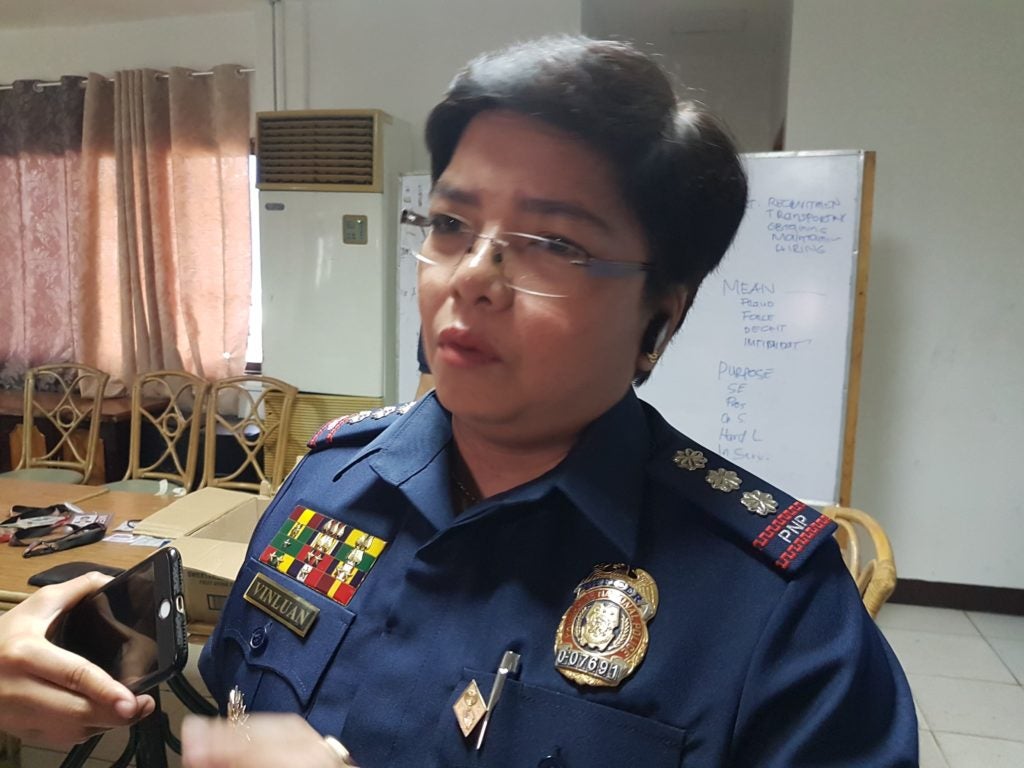 CEBU CITY, Philippines — Police Colonel Gemma Vinluan, the chief of the Cebu City Police Office (CCPO), today urged lawyers and members of the judiciary to report any death threat they receive to the police rather than posting it on Facebook.

Vinluan made this appeal after  Lawyer Kim Grace Mendoza, a private practitioner,  posted on Facebook at 5:33 p.m. on Tuesday, September 3, 2019, a recording of a threat against her life by a male caller with a phone number 09971779161.

“If hadlokon ko nimo, make sure di ikaw mahadlok nako una (If you are out to scare me, make sure you will not get scared of me first). For fellow lawyers: BEWARE,”  Mendoza wrote in her post.

The post has since gone viral,  eliciting over 600 reactions and shared over a thousand times as of 6 p.m. today, September 4.

Hours before her Facebook post, however, Mendoza went to the police in her hometown Carcar City, or  at about  10 a.m. of Tuesday, to report the threatening call.

But Vinluan said that Facebook is not the proper venue to report a threat that has not yet been traced because the police will have difficulty finding the sender.

She said the police are “more than willing” to help find the source of the threat.

Apparently, the same caller using the same phone number has also called two other lawyers to deliver similar threatening messages with an apparent attempt to extort money from them, Vinluan said.

According to Vinluan, Lawyers  Magdalena Lepiten and Armand Alforque, also private practitioners in Cebu,  likewise reported to the police on Tuesday that they received a similar threat and extortion attempt.

Lepiten told police that the call came from a certain “Bobby of Davao,” said Vinluan.

Vinluan urged lawyers who received a similar threat to report them to the police so these calls can be traced, especially when the number used to extort from them is the same.

She said the police has the means to trace the threat easily. “Madali lang yan e trace. (It is easy to trace),” said Vinluan. /elb