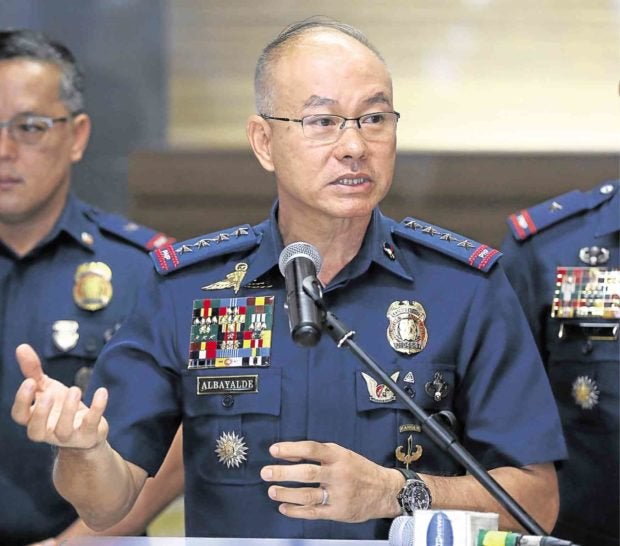 In a press briefing at Camp Crame in Quezon City, Albayalde said: “Of course, ‘yung (regarding the) shoot-to-kill order naman, if they will resist arrest, kung talagang lalaban sila, wala tayong magagawa (if they will put up a fight, we cannot do anything but retaliate).”

Duterte earlier issued the shoot-to-kill directive against convicts “offering violent resistance” as he ordered them to surrender to authorities within 15 days or face arrest even without a warrant.

“This is a normal police operation serving a warrant of arrest. Kasi kung ire-reverse ‘yung decision (If the decision will be reversed), of course after 15 days, they will already face arrest. Kung iyan ay lalaban ay wala tayong magagawa (We will not be able to do anything if they will put up a fight),” Albayalde noted.

Albayalde then said PNP will deploy tracker teams to be led by the Criminal Investigation and Detection Group (CIDG) to locate these released criminals who would not turn themselves in after the 15-day grace period given them.

Asked if Duterte’s order is enough to re-arrest the convicts after the period, Albayalde explained that in the first place, those heinous crime convicts should not have been granted freedom through GCTA as mandated by Section 1 of the Republic Act 10592.

“First and foremost, ‘yung pagbigay sa kanila ng GCTA (including them in the GCTA) is already void ab initio (void from the beginning). Sa una pa lang, void na ito dahil hindi sila dapat mabigyan ng GCTA (Since the start, this is void because they should not have been given the GCTA),” the PNP chief said.

Albayalde said he already directed Wednesday the National Capital Region Police Office (NCRPO) to secure the names of the convicts prematurely released because of GCTA.

He also reiterated that a warrantless arrest is applicable to these convicts since they would be considered fugitives after the grace period. /kga