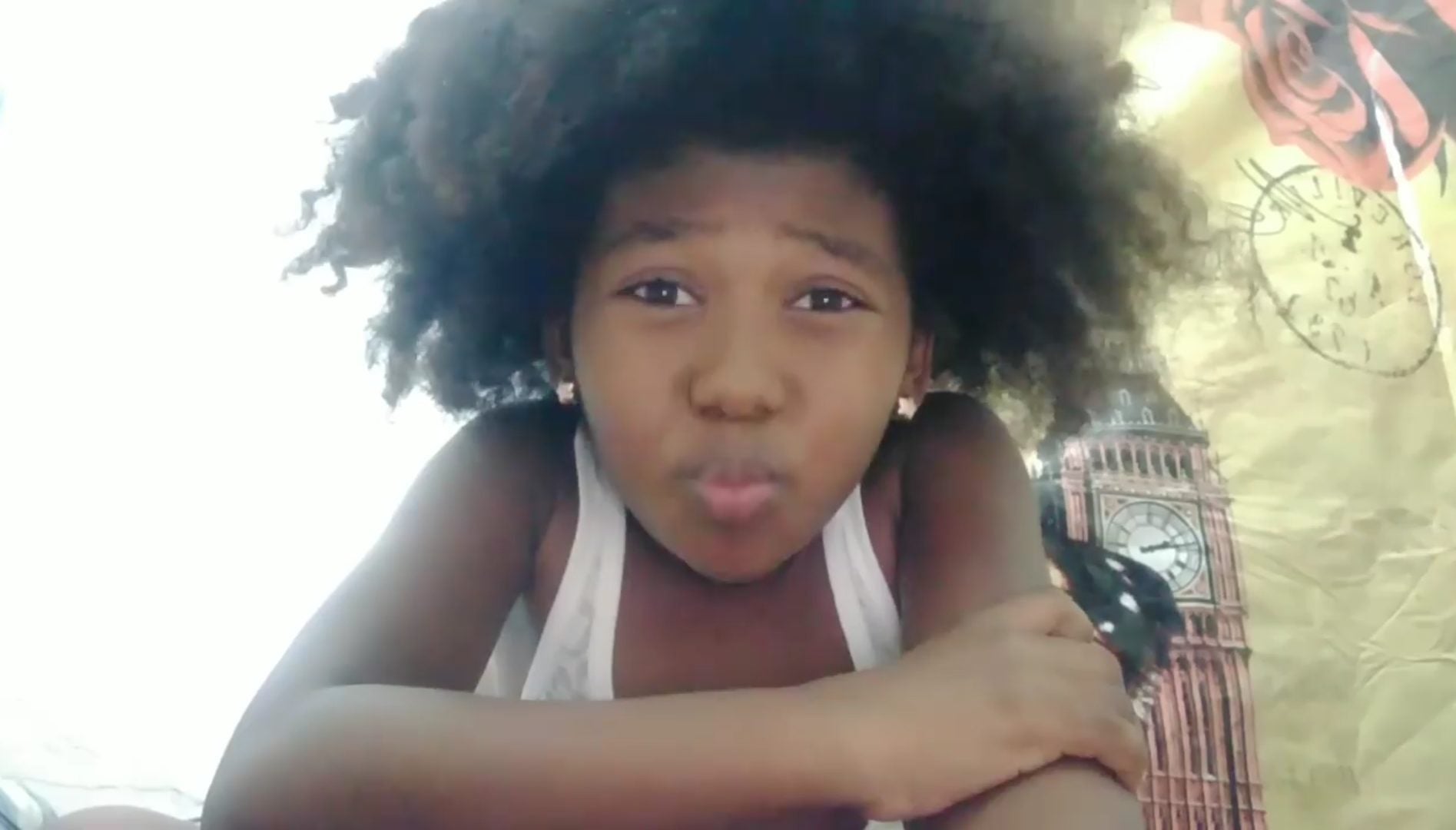 CEBU CITY, Philippines — She could have ran off to her room and cried when the nasty comments about her hair and skin color were thrown at her.

Instead, this nine-year-old girl from Bukidnon utilized social media to explain and defend her complexion and the advantages that comes with being “dirk”, er, dark brown.

Meet Xinel Ashley Paden, born to a Sudanese father and a Filipino mother, who is constantly teased  by her classmates and friends because of her appearance.

In a video that ran for two minutes and 46 seconds, Xinel unknowingly shut down critics and educated them about the difference of black (itom) and dark brown.

She compared her skin with a pair of black pants.

“Look. My skin is dark brown. My skin is not black. This [pants] is black,” she tells her audience.

Xinel referred to her unknown audience as “guys,” an expression she learned from watching vlogs, according to her mother Ding.

In an interview with CDN Digital, Ding says Xinel recorded the video in the afternoon of September 4 when they were watching a TV show inside their bedroom.

Ding says her daughter borrowed her phone and recorded the video.

Ding says Xinel wanted to erase the video because she mispronounced the word “dark” and said “dirk.”

“But it was time for her to sleep so she forgot to delete it. [While she was asleep], I uploaded the video on my Facebook account because I was really amused about how she explained and defended herself,” says Ding.

In the video, Xinel defends herself with conviction.

She was not angry but she was definitely in the mood to educate people.

(They said my hair is curly. But my hair is not curly, it’s very curly!)

She went on explaining the advantages of having her hair type.

(When it rains, especially when there is typhoon here in CDO [Cagayan De Oro], my scalp doesn’t easily get wet. My hair is like taro leaves. Rain just drops on it but it doesn’t get wet. Rain cannot penetrate my scalp.)

Another hilarious advantage that Xinel shared pertains to pesky insects such as houseflies and lice .

(They have no way out when they’re stuck to my hair because they will be dead from heatstroke!)

One netizen, Leigh Buchorno, says, “You are beautiful no matter what your color is.”

She’s only nine years old but it looks like Xinel has fully embraced her skin color and her hair type.

How many of us can actually say the same thing?