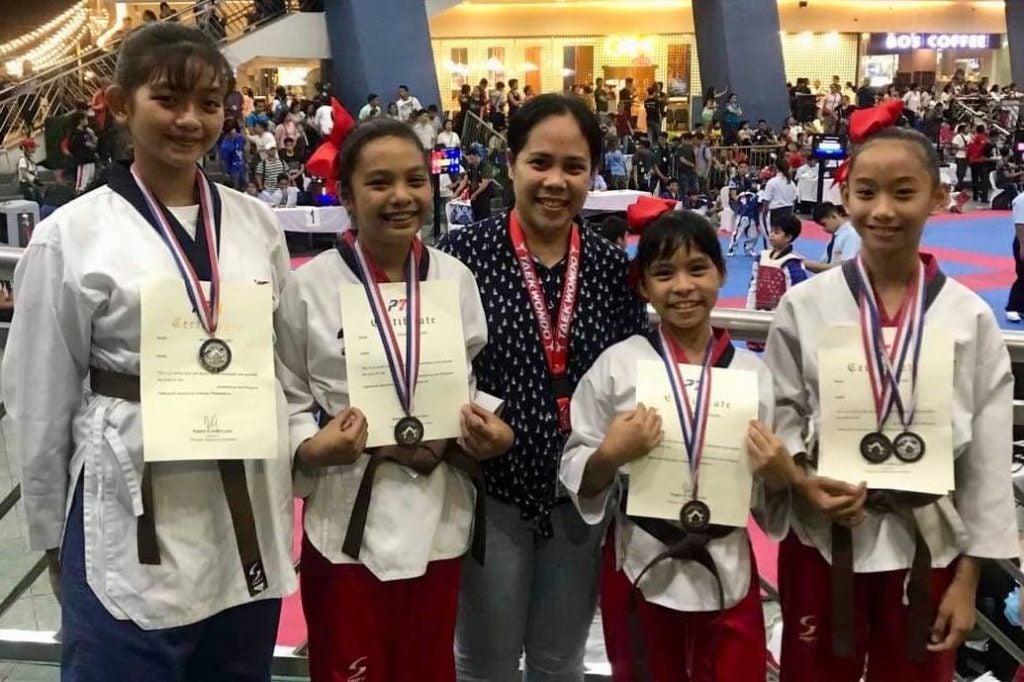 Accounting for the most number of medals was the Toledo Taekwondo Team with one gold, one silver and two bronze medals in Kyorugi and two silver medals and one bronze in the Poomsae.

Handing in the gold in the Kyorugi was Elijah Jake Alqueza via the grade school (GS) bantam category.

Chipping in a silver via the junior heavyweight was Kym Therese Guilot.

The bronze medals were contributed by Gabrielli Athena Trocio in the  GS lightweight and Audrey Gayle Arnaiz  in the GS welterweight.

The cadet-team advance finished with the bronze. The team was manned by Trocio, Arnaiz and Glaiza Fernandez.

Xanadu Taekwondo, for its part, had a gold medal in the Kyorugi courtesy of Rodito Sinugbojan.

Accounting for Sugbo Gothong Taekwondo’s medals in Kyorugi were gold medalists Kiemverly Aro in the junior girls fin and Mea Ann Villaver in the GS featherweight.