Garcia, Yap firm on decision to ban pork from Luzon 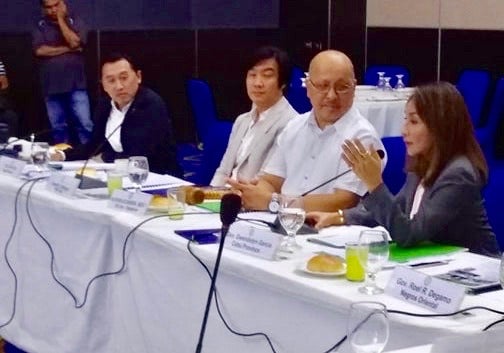 Cebu City, Philippines—Cebu Governor Gwendolyn Garcia and Bohol Governor Arthur Yap stand on their decision to ban live pigs and pork-related products from Luzon due to threat brought about by the African Swine Fever (ASF).

The two governors admitted that they’ve received a call from Agriculture Secretary William Dar, asking them to reconsider their decision in prohibiting the entry of pork meat products from Luzon to their respective provinces.

“I’ve received a call from secretary of Agriculture asking me to reconsider my order to quarantine the Island province of Bohol,” Yap said.

Yap said that he responded to Dar by saying that he needs to protect the P6 billion hog industry in Bohol, which consists of around 50,000 backyard hog raisers in 21 municipalities in the province.

Yap ordered the banning of pork-related products after confirmed cases of ASF in  Luzon.

Yap also received information that the Philippine Association of Meat Processors, Inc. (PAMPI) is planning to sue him for damages to their businesses due to his actions to quarantine the Island of Bohol.

But this doesn’t change his stand.

Yap, however, said that he may reconsider his decision only if the secretary of agriculture will assure to him in writing, that if their hog industry will get infected with ASF, the Department of Agriculture (DA) will shoulder all expenses from buying the live pigs, culling them, and in disposing the carcasses inflected with the disease.

Garcia, for her part, criticized the secretary of agriculture for being denial on the real situation of ASF cases in the country.

She said that earlier, Dar continued to deny the entry of ASF disease in the country.

“(Secretary Dar said) ‘it is not ASF but we will not tell you what it is so as not to cause panic.’ Go figure out that statement. A few days later, he came out with another statement. ‘Yes it is ASF. 14 out of 20 samples were confirmed, it’s ASF, but we have contained it. We have contained the situation,’” Garcia said.

Few days after, she added that dead pigs were already seen floating in the river of Marikina and creek in Quezon City that was believed to have been infected by ASF.

Garcia added that Dar even refused to admit the pronouncement of the Bureau of Animals and Industry (BAI) that there is already an ASF outbreak in the country.

“He was telling me, ‘You consider the national interest. There are also suppliers who happen (to be) here. This is the national interest that will be affected,” she said, adding that she will stand on her decision by invoking the general welfare provision of the Republic Act 7160 or otherwise known as the Local Government Code of the Philippines.

As to Dar’s description of her as “overreacting” in one of his interview in Manila, the Cebu governor replied, “I’d rather err on the side of caution and I’d rather overreact for the province of Cebu, because he is under reacting for the entire country and that is very dangerous,” she said. /bmjo