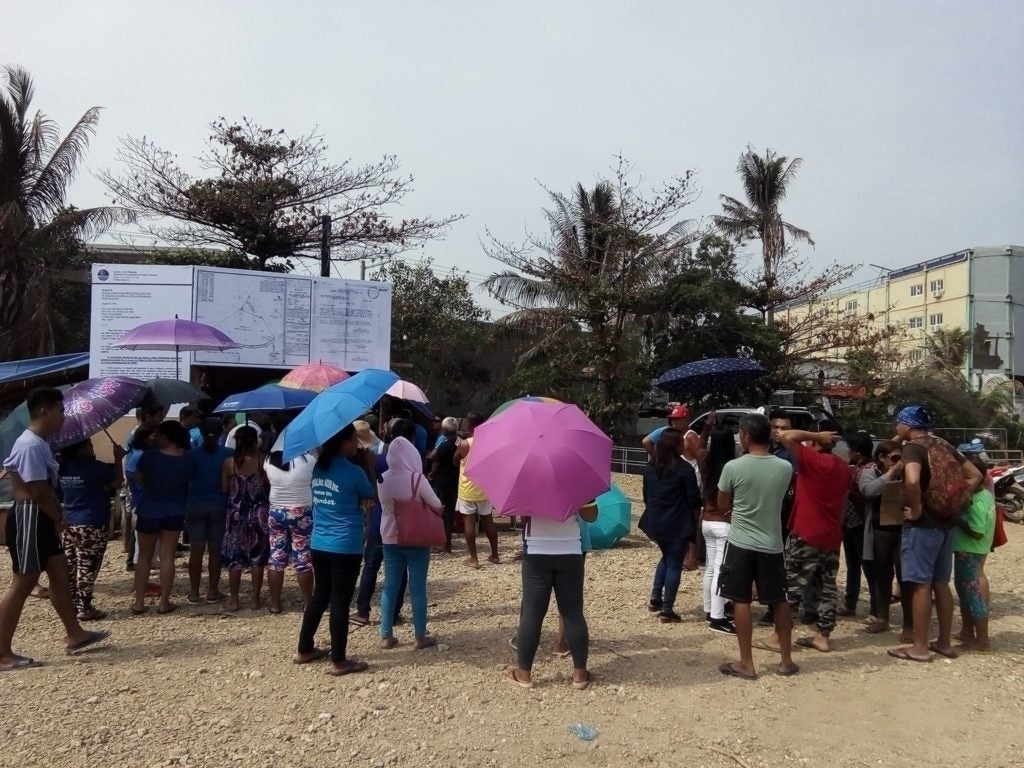 Mandaue City, Cebu—Victims from the fire that razed houses in Barangay Tipolo, Mandaue City last June 27, 2019 are against the city government’s plan to build medium-rise buildings in the fire site.

Fabian Vergel, the president of the Tipolo Urban Poor Dwellers Association (TUPDA), told CDN Digital they want the one-hectare land to be divided exclusively to them instead of living on a medium rise building.

(We want that only the original dwellers and members of TUPDA can live here).

Vergel said they learned from the city government that they want to develop the area with medium rise buildings to accommodate the fire victim residents and those who will be displaced by the ongoing clearing of riverbanks and other danger zone areas.

He said sought the help of Cebu 6th District Representative Emmarie Ouano-Dizon for the application of a title on the one-hectare lot where they used to live in.

Vergel also complained about being harassed by the demolition team of the city government, which according to him, destroyed a temporary shelter they mounted in the area for meeting  purposes.

According to Cesar Ylanan, who leads the demolition team, they are currently developing the site, which means they have to clear the area from any obstruction.

The one-hectare lot is undergoing site development. Part of the development includes  elevating the area with filling materials and re-blocking it to provide access in case of emergencies.

The City Environment and Natural Resources Office, through Raul Pasoc, wrote to Mandue City Mayor Jonas Cortes for a request for a meeting to discuss the matter.

Vergel wants to be included in the planned meeting as his group wants to know the plan in the area and express their intentions. /bmjo