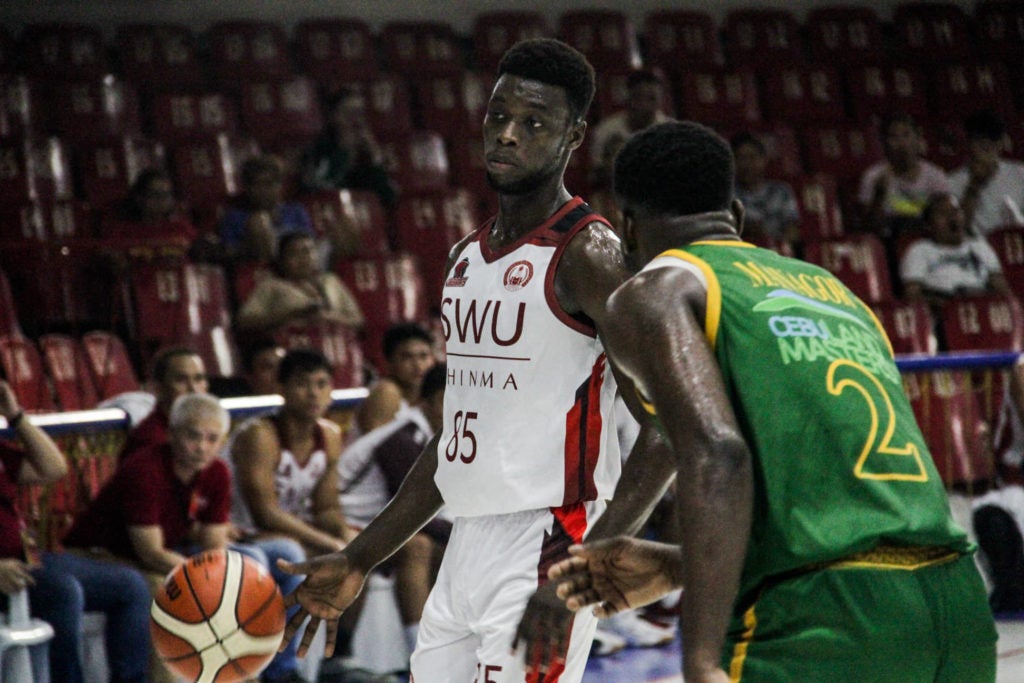 Lamine Thiam of SWU Phinma Cobras is the top scorer of their game against the USC Warriors, 62-59, in the Cesafi men’s basketball tournament. Saturday, September 21, 2019, at the Cebu Coliseum. | Photo by Gerard Francisco

This after they streaked past University of San Carlos (USC) Warriors, 62-59, in a heart-stopping game Saturday, September 21, 2019 at the Cebu Coliseum.

A clutch shot from Sir Shaquille Imperial inside the last two minutes of the ballgame turned the tide for the Cobras which was trailing the Warriors in the entire ballgame.

It was however import Lamine Thiam who topscored for thr Cobras with 24 points.

SWU Phinma Cobras now has a 3-0 win-loss record while USC Warriors has  a 3-2 card.