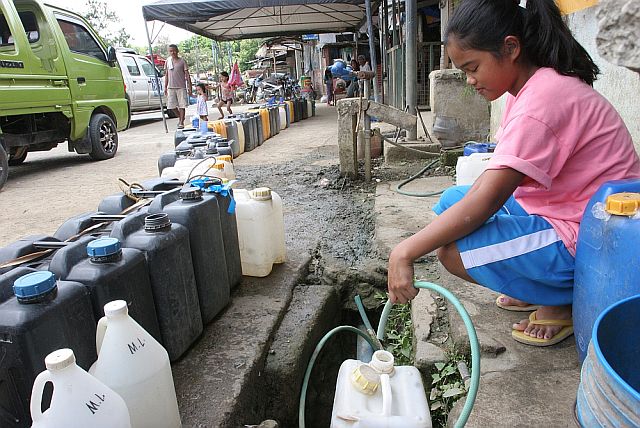 CEBU CITY, Philippines — The Metro Cebu Water District faces a backlash from the local government units in its service areas amid shortage in water supply.

The respective councils of the cities of Cebu, Mandaue, Talisay, and Lapu-Lapu as well as the towns of Cordova, Consolacion and Liloan have passed resolutions expressing their dismay and dissatisfaction with the service of MCWD.

Consolacion and Liloan, which are among the water sources of MCWD, manifested disappointment that their localities were not given priority in the delivery of water supply by the district.

“MCWD failed to extend to the Municipality of Consolacion sufficient water supply to its constituents without interruption, considering the municipality is one of the water sources of MCWD, so therefore, be given privilege,” said the resolution of the Sangguniang Bayan of Consolacion passed last September 18.

Liloan, for its part, has moved to terminate its 27-year-old memorandum of agreement with MCWD, which allowed the operation of the water district’s wells in the town.

“It is gravely unjust and disadvantageous to the Municipality and the people of Liloan that while MCWD continues to take advantage of the natural resources of Liloan and raw massive amounts of water therefrom, the water that is supplied to Liloan’s residents is grossly disproportionate, and the poor and unreliable service of MCWD to Liloan has subsisted for almost two decades, unfairly depleting Liloan’s water resources and annual share for MCWD’s profitable use of LIloan’s natural resources,”read the municipal council’s resolution authored by Councilor Aljew Frasco.

MCWD, in a statement sent to CDN Digital, said they “deeply apologize to all the LGUs that have expressed their disappointment with MCWD’s services.”

MCWD said it hoped to take the opportunity to present to each mayor the supply and demand situation and the water district’s short, medium and long-term solutions to the water supply shortage.

“It will ask for each mayor’s help in developing new sources and for local legislative bodies to pass laws protecting water sources and all activities aimed at increasing water supply,” MCWD said.

The water district also appealed to the municipality of Liloan to reconsider its move to nullify their MOA.

“We humbly ask them to reconsider their decision for the sake of the 20,000 households who will be affected. The consumers in Liloan will be the ones who will suffer the most. We reiterate, MCWD has solutions to the supply issue and these solutions need the LGU’s full support,” MCWD said.