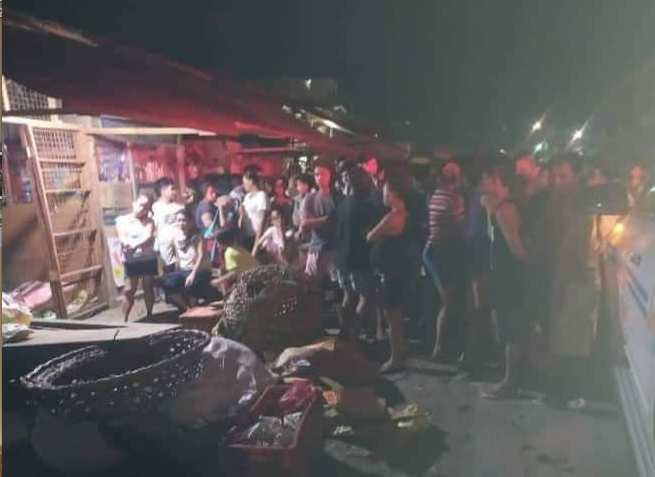 Onlookers mill near the cart at the back of Unit 2 of the Carbon Public Market in Barangay Ermita, Cebu City where laborer Virgilio Cartilla, 45, was shot dead pre-dawn on Sept. 28, 2019. |Carbon Police photo

CEBU CITY, Philippines — A laborer who was in deep slumber on a cart at the back of Unit II Carbon Market, Sitio Bato, Barangay Ermita, Cebu City, was shot dead pre-dawn today, September 28.

The victim, Vergilio Cartilla, 45, a resident in the area and a known Carbon market handyman,  was asleep with his girlfriend named “Tata” on his cart when approached and shot in the head by a lone assailant, said Police Corporal Christopher Segovia, investigator of the Carbon Market Police Station.

Witnesses told police that Tata was seen running away after the shot rang out. She has not been seen since then, added Segovia.

Investigators from the Scene of the crime operatives (SOCO) of the Cebu City Police Office  found one empty shell of a 9mm pistol at the scene.

Police eyed love triangle as a possible motive after they learned that Tata is married. Cartilla was also married. However, Segovia said they were also looking into Cartilla’s alleged  involvement in illegal drugs based on accounts of people who knew Cartilla./elb