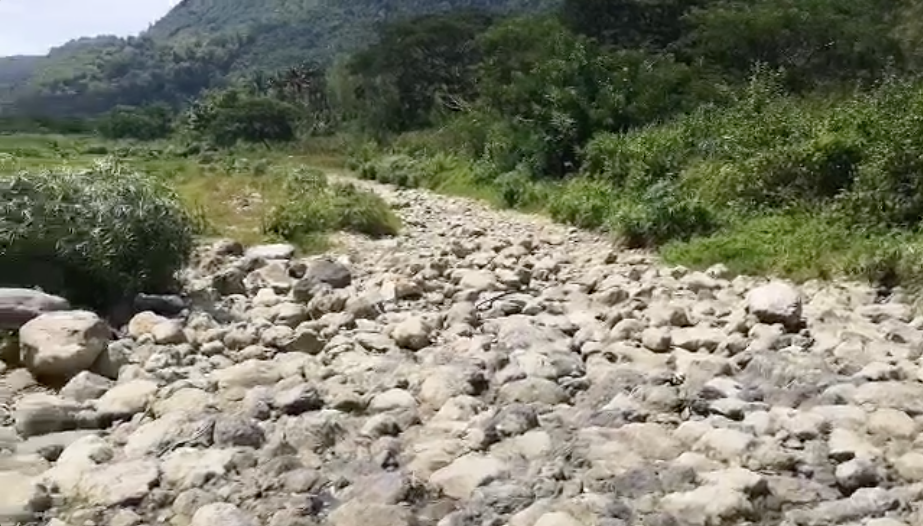 Parts of the Jaclupan Dam in Talisay City have dried up due the extreme heat experienced in the last days of September 2019. | Photo Courtesy of MCWD

CEBU CITY, Philippines — Water consumers in parts of Talisay and Cebu cities will experience low pressure and fewer service hours in the next few days after the Metro Cebu Water District (MCWD) is forced to reduce its daily water production of the Jaclupan Dam by 5,000 cubic meters on Monday, September 30.

“MCWD is advising its consumers to use only the water that they need and to store water during off peak hours since supply and pressure will be lower during high demand hours,” said the MCWD in a statement.

In a recent statement, the  Philippine Atmospheric Geophysical and Astronomical Services Administration (Pagasa) said that the extreme heat experienced in Central Visayas had been  caused by the weakened hold of the southwest monsoon or habagat and similar weak hold of the cold northeast monsoon or Amihan.

Pagasa said that the heat would be expected to last through the first week of October as no weather disturbance had been expected to affect the region on those days. /dbs