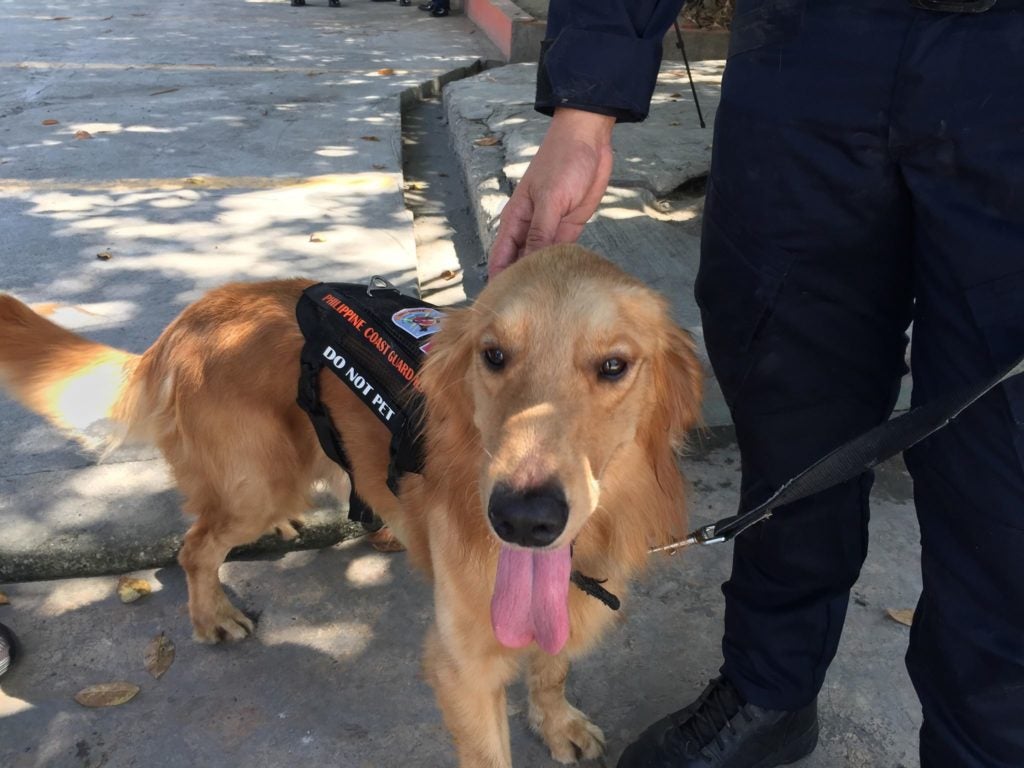 CEBU CITY, Philippines — An 18-month-old Golden Retriever is the new addition to the team tasked to secure Cebu’s borders against the entry of Luzon-sourced hogs and pork products.

The Golden Retriever, named Porky Pochie, is formerly an anti-narcotic dog and is under the care of the Philippine Coast Guard in Central Visayas (PCG-7).

The Golden Retriever is the first in the country to be trained as a pork-sniffing dog.

Last September, Cebu and Bohol provinces imposed a total ban against the entry of pork and pork related products from Luzon after confirmed ASF deaths in some provinces there.

Encina said Pochie will help the ASF Task Force improve the detection of pork products that enter the ports.

Encina said Pochie will be randomly deployed in Cebu and Bohol ports to avert the illegal entry of Luzon-sourced pork and pork products.

Encina said Pochie ‘s training has capacitated him to identify pork products in a cargo or baggage, whether it be frozen, processed, canned or raw.

After Pochie, at least 30 more dogs will begin pork-identification training in the national headquarters of the PCG. /bmjo