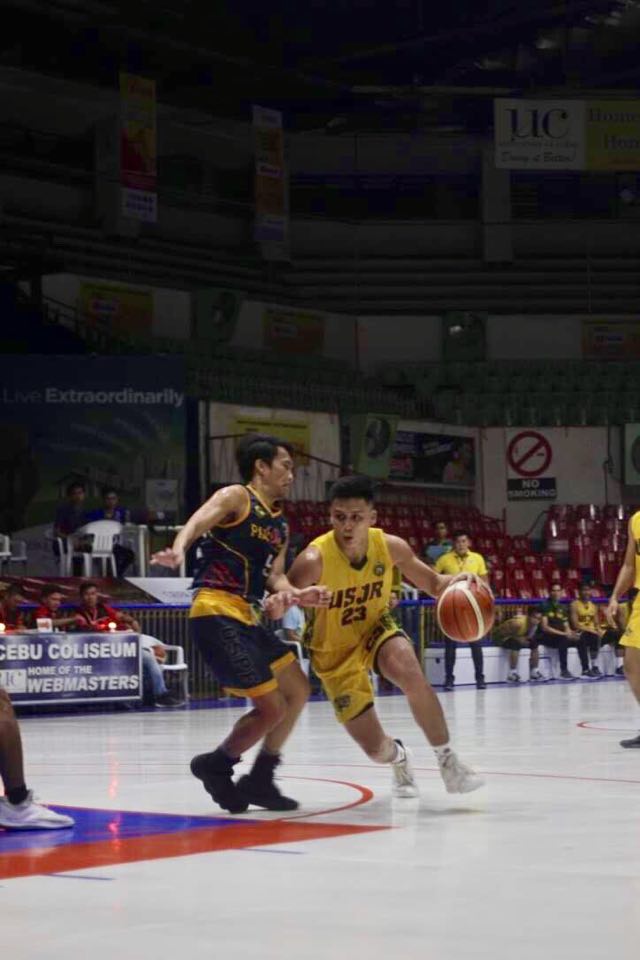 CEBU CITY, Philippines – University of San Jose – Recoletos (USJ-R) Jaguars team captain Juan Miguel Gastador said that for the rest of the season, their games in the College division of the 19th Cesafi Men’s Basketball Games will be a “must-watch.”

“A must watch game for the Jaguars. Bangon lang Jaguars!” This was Gastador promise to their supporters  after they opened the second round of the eliminations with a 77-61 rout of the University of Southern Philippines Foundation (USPF) Panthers, Saturday, October 5, at the Cebu Coliseum.

“Uhaw na kaayo mi sa kadaugan mao ng karon naningkamot mi nga makadaug (we are very determined to win that is why we are doing our best).  Every single practice, we work hard and I motivate them (my teammates) to forget the first round then we focus on the second round,” Gastador said.

The Jaguars were last season’s runner-up. But they are yet to make an impact this season after winning their opening game, a 72-67 outsmarting of the Cebu Institute of Technology University (CIT-U) Wildcats last August 31.

They lost their last five games and ended at the bottom rung with a win-loss record of 1-5.

(During our practices, we try to recognize our lapses, we figure out what are our weaknesses that is why we try to focus on our strengths.)

Their determination to win was very evident in their first game in the second round.

As team captain, Gastador led the way finishing with 17 points, 13 of it he scored in the first quarter. Also top-scoring with him were was Renz Solomon who also had 17 points.

The win allowed USJ-R to climb a step up from the bottom rung as it improved its record to 2-5.

USPF, for its part, who sorely missed its foreign student athlete Sameen Swint, dropped from fourth to fifth  with a 3-4 card following its loss.

Swint was not allowed to play as he did not have the proper top of his jersey.

Prior to the start of the second round, the University of Cebu (UC) Webmasters capped their first round campaign with a 79-66 dismantling of the CIT-U Wildcats.

The win allowed UC to end the first round at the third spot in a tie with USPF as they both tote identical 3-3 record while CIT-U shared the bottom rung with USJ-R. / dcb