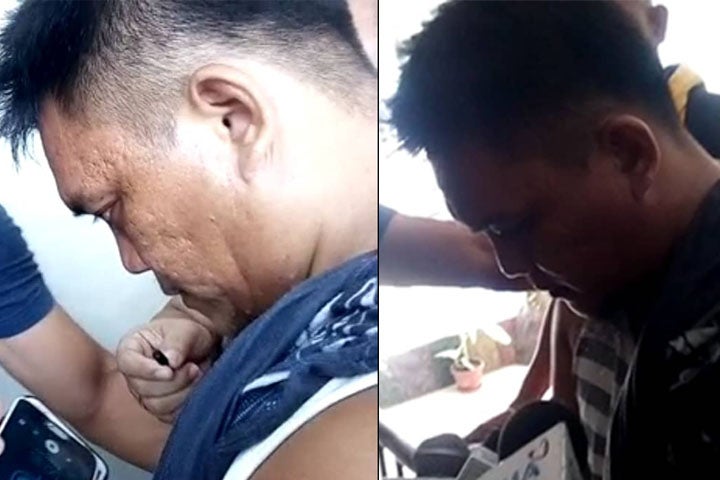 Allan delos Reyes, Jr., (left) and Lobo Boniel (right), are seen in this September 12, 2019 photo after they were found in Lapu-Lapu City, Cebu two years after they went into hiding. | CDN Digital file

CEBU CITY, Philippines — The court proceedings for the two newly arrested suspects in case the involving Gisela Bendong-Boniel have started to roll.

On Thursday, October 10, 2019, Lobo Boniel and Allan delos Reyes entered a not guilty plea to the kidnapping charges filed against them in relation to the disappearance and alleged murder of the Gisela Boniel, who was mayor of the town in Bien Unido in Bohol  when was allegedly abducted, killed and thrown into the waters off Mactan Island in Cebu in June 2017.

Despite their not guilty plea, prosecution counsel Amando Virgil Ligutan said they remain confident that they can get a conviction for the case.

“The prosecution team welcomes this development, and we are confident that the two accused will be put behind bars for good. The long arm of the law finally caught up with them. The family of the victim urges them to confess to their crimes,” Ligutan told CDN Digital.

Lobo and Delos Reyes are among the eight suspects implicated in Gisela’s case along with her husband, former Bohol provincial board member Niño Rey Boniel.

Lobo and Delos Reyes declined to issue any statement after the arraignment.

The two suspects were  arrested last September in Lapu-Lapu City after they going into hiding for two years.
The suspects, along with Niño, are also facing a separate murder case in the court in Lapu-Lapu City.

The case was filed by Angela Leyson, Mayor Boniel’s best friend, who was allegedly detained by the suspects with the former  mayor in a resort in the town before Gisela was taken to board the ship where she was allegedly killed in June 2017.

Gisela, whose body was never recovered, was believed to have been thrown into the waters off Lapu-Lapu City after she was allegedly killed.

Both the prosecution and the defense camps asked the court to transfer the custody of Delos Reyes to Lapu-Lapu City Jail from Tagbilaran City, where he is currently held,  for easier transportation since the two cases are being heard in Cebu.

“It (will) help that they will be incarcerated in Lapu-Lapu City, far from accused Boniel’s sphere of influence,” Ligutan said.

However, Judge Andal reserved the issuance of a commitment order as Delos Reyes also has a pending grave coercion case in Tagbilaran City. The case is not related to the Boniel case./elb