No tree-cutting for a week as DPWH, DENR conduct reassessment 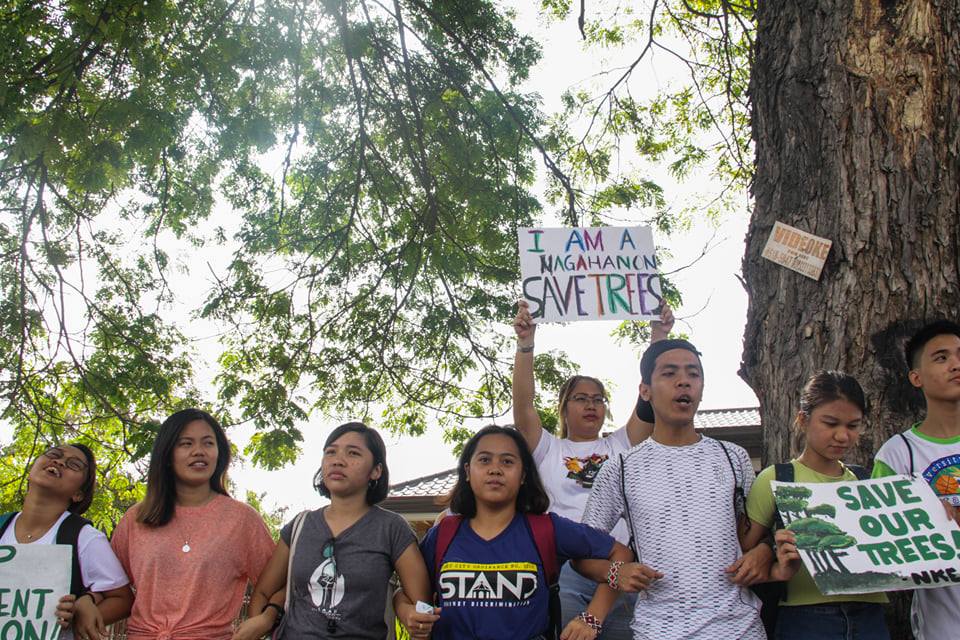 Members of the Kabataan Partylist in Cebu voice their opposition to the cutting of century-old trees in Naga City to give way to a road expansion project in the area. | CDND PHOTO / Gerard Vincent Francisco

CEBU CITY, Philippines — The century-old trees in the cities of Carcar and Naga are temporarily safe.

“We arrived at a consultative decision to have a reassessment scheduled next week. [That means] no activities until next week,” Chiong told CDN Digital.

READ: 11,000 signatures sought to save roadside trees in Carcar, Naga

The DENR and DPWH will reassess and inspect the trees, which are subject for cutting, along with representatives from the local government units.

On Tuesday, October 15, youth activities from Kabataan Partylist, Naga City residents and environmentalists staged a protest which called on DPWH and DENR to stop cutting the century-old trees.