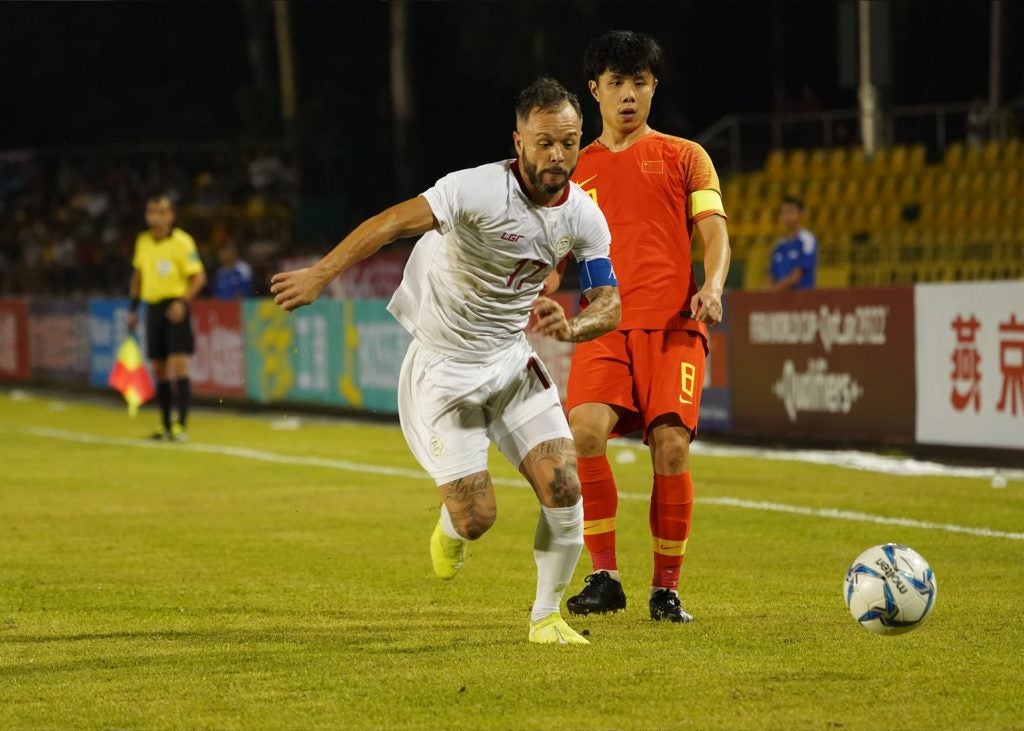 Team captain Stephan Schrock led by example with a workmanlike display as the Azkals achieved their biggest result to date. | PFF photo

BACOLOD CITY -Disciplined in defense, the Philippines put together a performance to remember to hold China to a goalless draw for a precious point Tuesday night in Fifa World Cup Qualifying at Panaad Stadium here.

Neil Etheridge delivered a standout game on goal with a spectacular save at stoppage time on Hao Junmin’s strike, while captain Stephan Schrock led by example with a workmanlike display as the Azkals achieved their biggest result to date.

Playing a team ranked 59 places higher by Fifa at 68, the Azkals played without fear and showed that they can more than match their rivals’ quality.

The result helped the Azkals increase their tally to four points from three matches as they kept third spot in Group A.

China hiked its tally to seven points, but coach Marcello Lippi’s side will be ruing a missed opportunity to claim maximum points against a Philippine team it had beaten three times in the last two years, including a heavy 1-8 defeat in 2017.

Lippi’s side ran smack into an Azkals side that played as one strong, resilient and organized unit.

Etheridge’s command at the back proved critical while Schrock came up with an all-action performance at midfied, threatening on attack and a terrier when the Azkals did not have possession.

Getting longer preparation this time compared to the first round of matches, Scott Cooper fixed a few kinks at the back and the Azkals showcased their finest defensive performance in years.

Read Next
Where is Sam Lo? No PH in MGI 2019 welcome ceremony