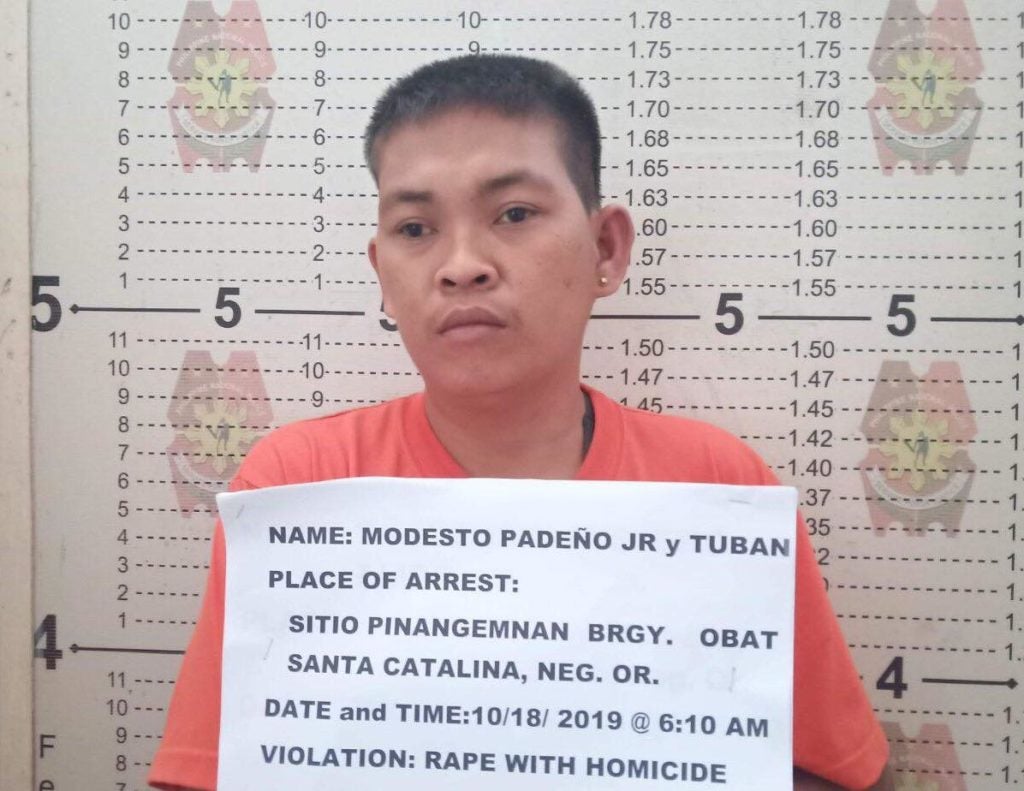 Modesto T. Padeño Jr., the suspect in the rape-slay of a two-year old girl in Negros Oriental. | photo courtesy of Dauin Police Station

Padeño was arrested in a hot-pursuit operation by a joint team from the Dauin and Sta. Catalina Police Station led by Police Master Sargeant  Narciso Alanunay Jr.

The suspect was arrested at 6:10 a.m. Friday inside his uncle’s house, where he took refuge after he allegedly committed the crime.

Gapas revealed that based on the autopsy report from Dauin Muncipal Health Officer Dr. Melpha Yee, the victim was raped.

The report shows that there were  lacerations in the girl’s private part extending to the “perineum” and skull fractures at frontal area and right temporal area.

Padeño was identified by witnesses to be the last person seen with the victim.

Police disclosed that the pajama of the victim was found in the house of the suspect. Police also found bloodstain on the bamboo floor of the suspect’s house.

Gapas said a case of rape with homicide is now being prepared by police investigators against Padeño. /bmjo