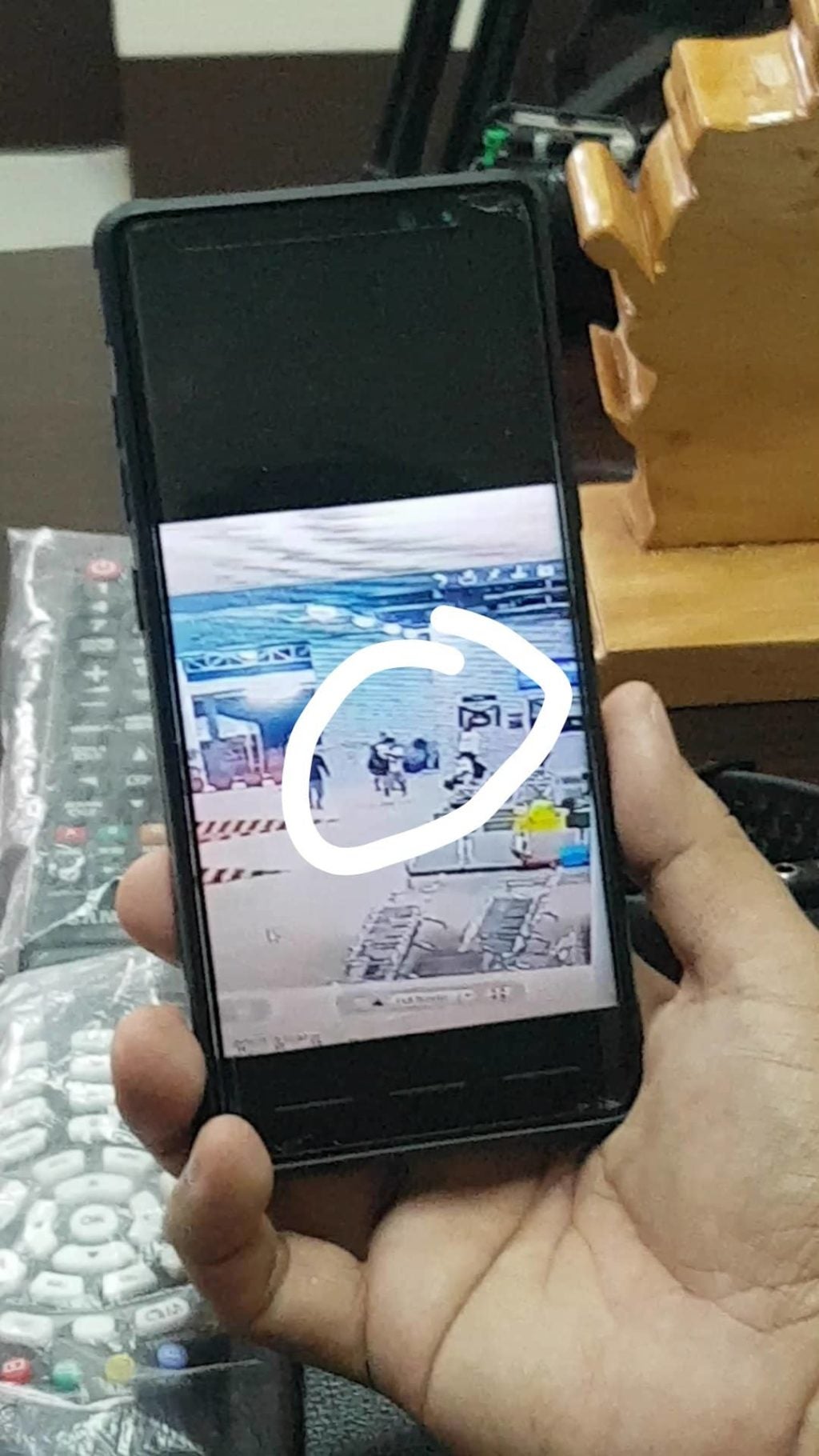 The man encircled in the photo is believed to be the at large person of the Parojinog robbery group in Ozamis City, whom police believe is the real leader of the Ozamis Group. | Alven Marie A. Timtim

CEBU CITY,  Philippines — The slain DC Glenn Tairos, the man whom arrested members of the alleged Ozamis Group identified to be their leader, might not be the real leader of the group after all.

Police Colonel Roderick Mariano, Cebu Provincial Police Office (CPPO), in a press briefing on Tuesday, October 22, said that there was a possibility that Tairos only fronted as the leader of the robbery group that hit pawnshops and a money changer during the October 19 heist at  the J Centre Mall.

Mariano said that they were investigating this possibility after a CCTV (closed circuit television) footage of the three other remaining members of the group that had the stolen loot showed that one of them looked like one of the wanted persons, who belonged to the infamous Parojinog robbery group based in Ozamis.

He said that the footage showed a similar physique of the long time at-large suspect.

Mariano, however, did not name the person yet because they were still verifying with the authorities in Mindanao if this person in the video footage was the same wanted person of the infamous Parojinog group.

He said they had yet to subject the footage for enhancement for a clearer vision of the face of the man.

Earlier, the police identified DC Glen Tairos as the leader of the group since he was the one pointed by the other arrested suspects as their leader.

But upon seeing the footage, Mariano said that there was a possibility that Tairos was only disguised as the leader.

In the footage shown to reporters earlier, Mariano said that the three at large suspect including the possible original leader of the group, disembarked from a blue vehicle near a fast-food chain in Bogo City at around 1 a.m. of Sunday, October 20, 2019.

A few minutes later they were spotted at the bus terminal in Bogo City.