Big win for Beermen heading to Cebu game on Saturday 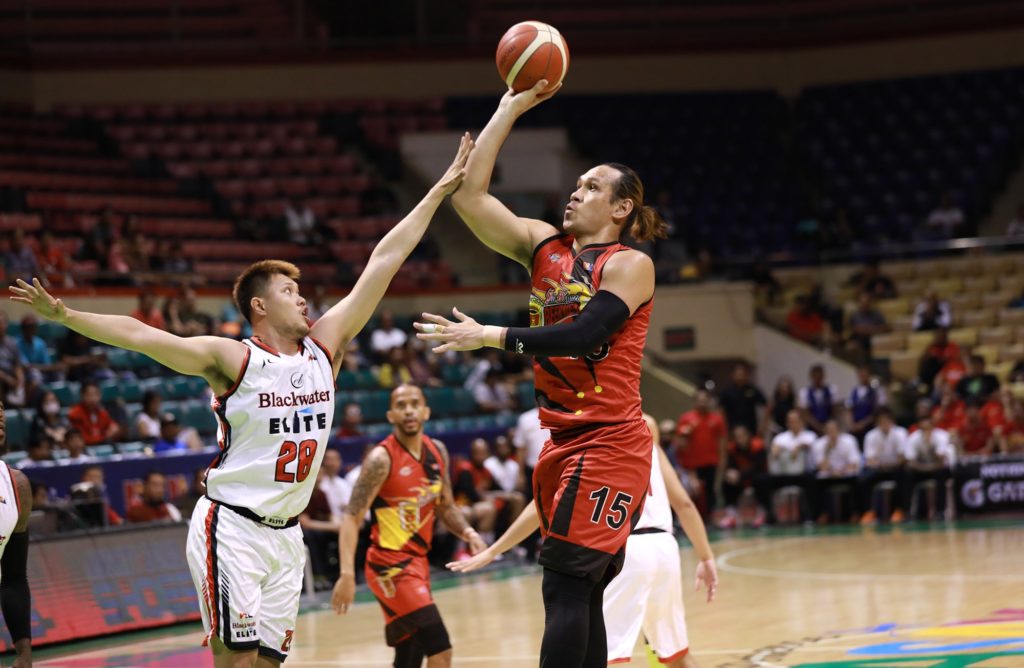 Playing without an import, San Miguel Beer turned to the man chiefly responsible for its PBA dynasty this decade as the Beermen survived Blackwater, 99-96, in overtime on Wednesday night, November 6, 2019, to arrest a two-game slide in the Governors’ Cup eliminations at the Cuneta Astrodome.

Dez Wells sat it out with an ankle sprain, but June Mar Fajardo stepped up to finish with 30 points and 13 rebounds and lead the Beermen to their sixth win in eight games, good for the upper half of the eight-team draw that will advance to the quarterfinals.

“It’s nice to bounce back from two straight losses, even though we had an ugly game against this team,” San Miguel coach Leo Austria said. “For us, a win is a win and we really needed this.”

Fajardo had a chance to win it all in regulation for the Beermen, only to miss a short stab.

But he and Marcio Lassiter scored on putback baskets to open up extension and touch off an 8-0 spurt that put the game to bed and doom the Elite to their fifth straight loss in a 2-8 card.

Terrence Romeo came off the bench to shoot 20 points and two others scored in twin digits for the Beermen.

Mac Belo had 25 points and Marqus Blakely 24 and 18 rebounds before fouling out for the Elite.

It was also the first game that Blackwater played without Ray Parks, this season’s No. 2 overall pick who was traded away for Don Trollano at TNT. Trollano scored 14 points.

San Miguel battles Rain or Shine at the Hoops Dome in Cebu on Saturday, November 9, 2019, and cannot afford to lose to not drop out of the top four.

Tournament format calls for the top four teams after the eliminations to enjoy twice-to-beat privileges in the quarterfinals.