Man proposes to girlfriend while they were surfing 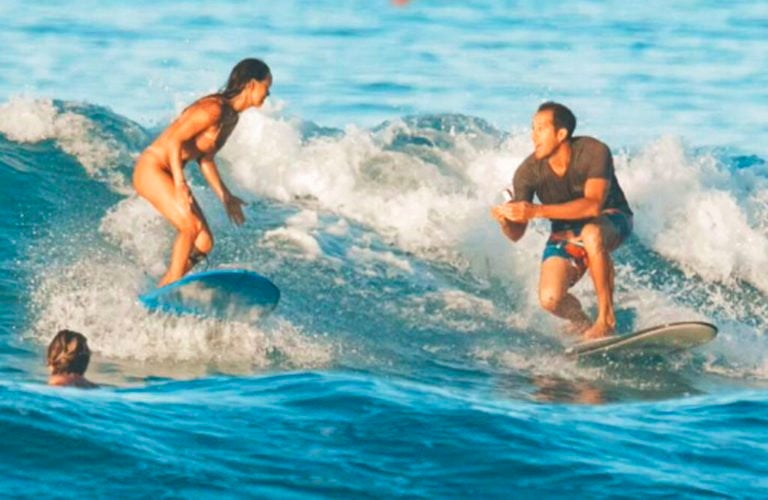 In this Sunday, Nov. 10, 2019, photo, instead of just hanging ten when surfing with his girlfriend, Chris Garth drops to one knee and proposes to Lauren Oiye in the surf off Queen’s Beach in Waikiki in Honolulu. | Image by Tommy Pierucki via AP

A man went down on bended knee while he and his girlfriend caught a wave in Hawaii last weekend.

Chris Garth popped the question at the surf break in Waikiki where he and Lauren Oiye met years back, Hawaii News Now reported on Nov. 11.

As they caught a wave, Garth went down on one knee and yelled out, “Lauren, I love you! Will you marry me?!” she recalled in a Facebook post on Sunday.

“At first I thought it was a joke and then realized it clearly wasn’t,” she said.

“And of course I am beside myself that I get to spend the rest of my life with this man that I LOVE from the depths of my entire being, is a bigger feminist than I am, and makes me laugh [every day] and reminds me how simple and beautiful life is.” 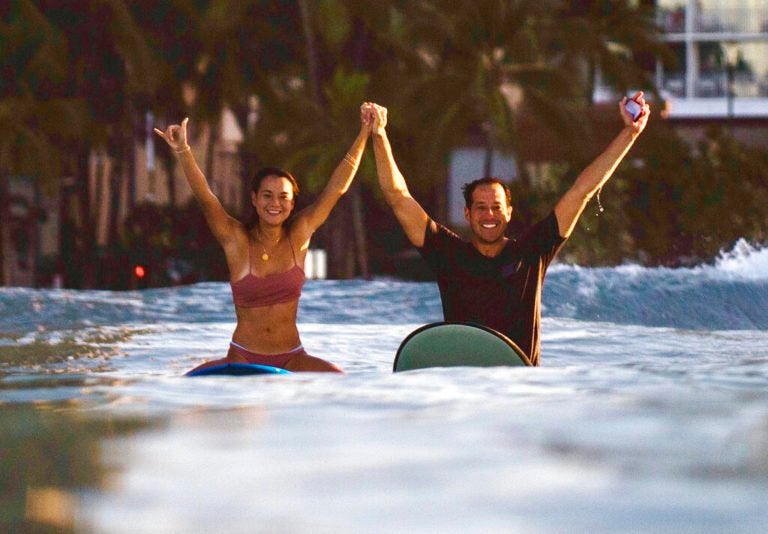 Chris Garth and Lauren Oiye celebrate after Garth proposed while both were surfing off Queen’s Beach in Waikiki in Honolulu. Image: Lisa [email protected] via AP

However, before Oiye could put on the ring, Garth lost it. Thankfully he came prepared: the ring he proposed with was a spare, while the actual engagement ring was on the shore.  /RA

The life of modern-day dads

Simple ways to celebrate Father’s Day amid the pandemic

On Valentine’s Day, this zoo will let you name a rat or roach after your ex and feed it to animals

By: Cha Lino
read more
Latest Stories
The benefits of yoga
Pia Wurtzbach joins calls for Cebuanos to stay at home, help in fight vs COVID-19
How to spend and cap off your 4th of July celebration
Get your traditional Filipino bread fresh at Muy Bien Panaderia
Facebook seeks to offer more ‘context’ on virus posts, warns if stories are old
Most Read
Cebu City hits 7K-mark in COVID-19 cases
Firefighter from Mandaue City Fire Station succumbs to COVID-19
Robredo: Wrong and ‘self-defeating’ to blame Cebuanos for upsurge in COVID-19 cases
Cimatu confident Cebu City will be downgraded to GCQ on July 16
Rama: Cimatu challenges Cebu City Council to be more involved in COVID-19 fight