Tabal off to Manila to familiarize with SEA Games marathon route 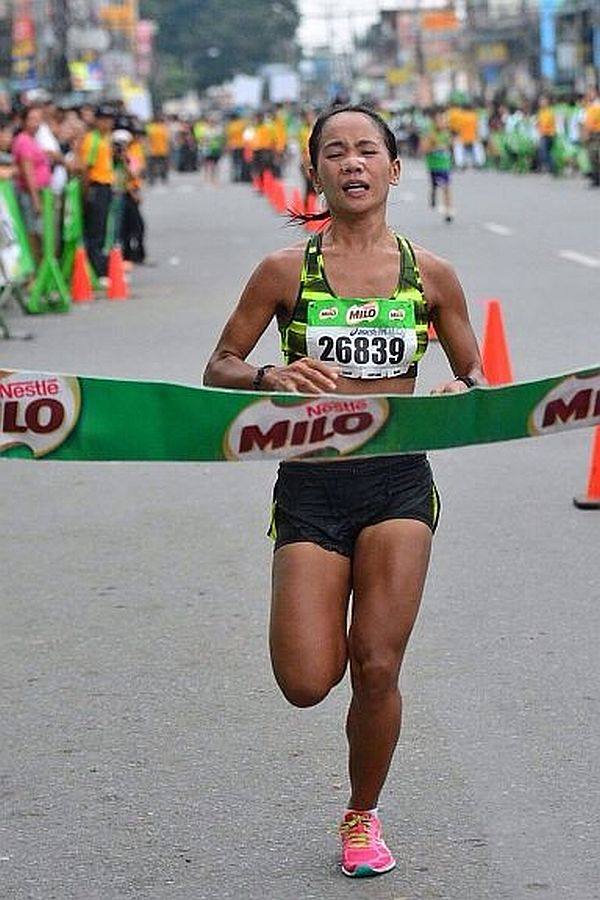 CEBU CITY, Philippines — Southeast Asian (SEA) Games-bound Mary Joy Tabal left for Manila today, November 19, 2019,  to do a test run and familiarize herself with the marathon route of the upcoming 30th edition of the biennial meet.

Tabal is accompanied by her long-time coach, John Philip Dueñas. They would, however, have to wait for the organizers to decide on the final route of the marathon competition for the 30th SEA Games which the Philippines will host from November 30 to December 11.

The venue was originally set in Tarlac but it was rejected. So organizers thought of the flat roads inside the Subic Bay Freeport Zone.

However, the venue is back in Clark, according to Tabal, organizers will decide whether it will be at Clark City or New Clark City sometime this week.

Once the venue is finalized, Tabal said that Dueñas would make her do a test run of the final course.

Aside from the test run, Tabal will also be attending a press conference called by Milo, one of her sponsors being the Milo Marathon queen for six straight years.

Read more: Tabal: A proud product of the Milo Marathon

Tabal, the first female marathon Olympian for the Philippines, handed the Philippines its first gold medal in the 29th SEA Games in Kuala Lumpur two years ago.

The marathon competition will be on December 6 with the men to be released at 6 a.m. and the women at 6:15 a.m.

Thus, aside from route familiarization, Tabal will also be doing body clock adjustment.

According to the Milo queen, she’s hoping that they will also consider moving the race earlier so they will not be running under the sheer heat of the sun for a longer period.

Tabal recalls how she suffered during the Rio Olympics where they were running in the middle of the day with the sun at its peak.

Read more: Cebu’s Marathon Queen Joy Tabal off to Japan for next phase of training

Nevertheless, the Cebuano Olympian who arrived last week from a three-month training in Japan, said she is ready to defend her SEA Games crown.

“I’m excited and grateful and honored but at the same time nervous coz I’m representing and running for the country,” Tabal said.

She added that she was very excited to run in the SEA Games here in the Philippines, “to represent this beautiful country is a true honor I will never take for granted.”

Tabal said that she’d rather use the words “I’m ready” than saying she’s confident.

“I’m ready to take action, I’m ready to run and represent, and I’m ready to defend the gold. I know this will be hard and challenging, but I am training this hard too so (I) will surely give a good fight,” said the country’s marathon queen./dbs