What’s your excuse for being absent? Here’s one touching excuse from a 16-year-old student 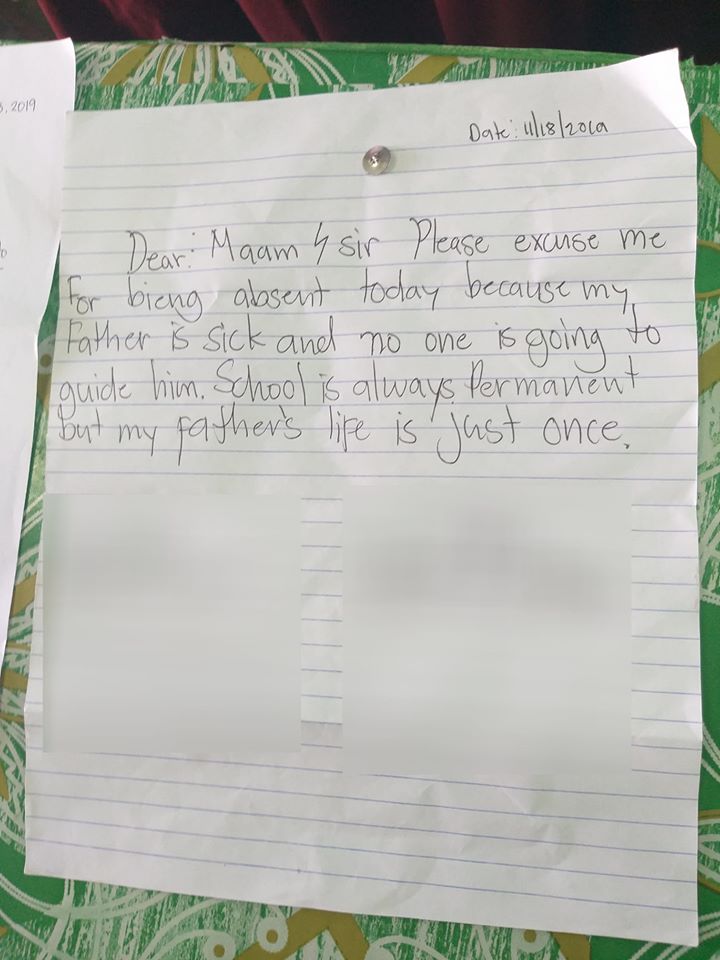 CEBU CITY, Philippines— To whom it may concern.

The very famous line most students use at the beginning of an excuse letter explaining the reason why they missed their class.

We’ve read a lot of excuses before. Some were funny, some absurd, and some touching, such as this one from a student in South Cotabato, southern Philippines.

This letter was shared by Nurmelyn Alag, 16, on her Facebook on November 18, 2019. It belonged to her classmate, Regie Lomboy.

“Dear Ma’am or Sir, Please excuse me for being absent today because my father is sick and no one is going to guide him. School is always permanent but my father’s life is just once.”

Alag told CDN Digital that she took a photo and posted in on her account to share how genuine her classmate is about taking care of her father who was sick.

The post reminded some netizens about their fathers, with one Rizza Riego saying, “mingaw nako sa akong papa jud.” (I really miss my father.)

The post also is a reminder that family should be given priority, especially when it comes to health.

We hope Regie was excused from her classes for this. /bmjo

Read Next
Film shows why we need to save Philippine Eagle