Man shot in the head for ‘drugs or love’? 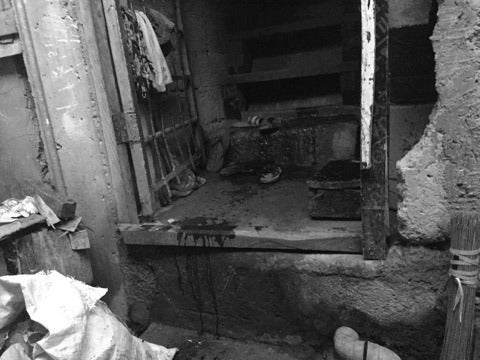 A man identified by the police as Nortbert Castaño, was shot dead in Barangay Carreta, Cebu City at past 3 p.m. on Thursday, November 21, 2019. | Delta Letigio

CEBU CITY, Philippines — Was it love or drugs that cost a 34-year-old man his life?

These are the possible motives that police are investigating in the killing of Norbert “Tonton” Castaño, who died after he was shot in the head by a waiting gunman as he was leaving a house in Sitio Laray, Barangay Carreta, Cebu City at 3:30 p.m. on Thursday, November 21, 2019.

Police Staff Sergeant Francel Buling, Waterfront Police Station’s lead  investigator of the case, said that they had identified a suspect in the killing and a hot pursuit operation was also being conducted to apprehend him.

Buling refused to name the suspect because of the hot pursuit operation against him.

Buling said that they were checking if involvement in illegal drugs was the reason for the killing or a possible love triangle between the gunman, Castaño and his girlfriend could have been the reason Castaño got a bullet in the head.

He also said that the house that the victim was visiting in the area was allegedly a suspected drug den.

Witnesses told Buling that Castaño and his girlfriend were allegedly frequent visitors of the house, whom they allegedly identified as a “drug den.”

Some of the residents told police that that the suspect was allegedly involved in a “love triangle” with Castaño and the unnamed girl.

The father of Castaño, Tomas, said that he had known that his son was using drugs.

He said the family attempted many times to put him through rehabilitation, but Castraño returned to using drugs repeatedly.

According to Tomas, Castaño also served time in jail for a few months after being caught with drug paraphernalia on February 2019, and he was recently released on August 2019. Aside from this, Tomas said that Castaño was also charged for robbery in the past years.

Tomas also told police that he suspected that his son was shot because of Castaño’s involvement in illegal drugs, and, possibly, jealousy by the suspect because of a romance-feud over Castaño’s girlfriend.

Buling said they were hoping for witnesses to help the police trace the suspect especially since he is reported to be a resident of Carreta./dbs